In Touch with the World

Hello, Radio Readers, and welcome to 2023! This year launches the 7th consecutive year of High Plains Public Radio’s Radio Readers Book Club, an on-air, on-line community of readers exploring themes of interest to those who live and work on the High Plains. Facilitated by a fearless force of book leaders, we’ve talked about many, many books over the years, primarily about the people, places, and unique cultures of our region. But, for our Spring 2023 Read, Radio Readers, our format will vary from the usual. In good ways, of course!

First, we’re going global, in a literary way. Each of the books for our Spring 2023 Read is set in a country other than the US of A, for example, Bosnia, Syria, China, Mexico, France, Pakistan, Norway, Ukraine, Zimbabwe, New Zealand, and Russia – most are novels, a few are memoir; a few are classics you’ll recognize; others, more recently published, may be unfamiliar. A complete list is available at HPPR’s website and at HPPR Radio Readers on Facebook and the books themselves are widely available, both in their original languages and in translation.

A second change from the traditional Radio Readers format is this: a dozen or more Radio Readers are lining up, each to share in some detail the happenings of a book, any cultural context to enhance our understanding, and to describe the ways that the book relates to us, living and working on the High Plains – does our humanity transcend borders? Can we communicate cross-culturally? How might we connect with others – who because of economics, age, gender, war, language, geography—live lives so vastly different from ours?

Finally, each book will have one or two additional book bytes as Radio Readers respond and share their perspectives. The valiant conglomerate of Spring Read BookByters include many seasoned veterans and many new to this on-air role so get ready for a fabulous range of voices and perspectives throughout the season. And to wrap up the season, we’re holding on tight to our traditional live, on-air discussion! And for this international potluck of books, anticipate an especially lively exchange! It’s set for Sunday, May 7, starting at 1pm on High Plains Public Radio.

We’ll start our exploration next Monday with the Cellist of Sarajevo by Steven Galloway. The work provokes thought, particularly in light of current events in Ukraine and I offer it here as a means of encouraging all Radio Readers to join this 2023 Read. Referring to the cellist, who performs while the city is under siege, the quote states, “He will behave now as he hopes everyone will someday behave. Because civilization isn’t a thing that you build and then there it is, you have it forever. It needs to be built constantly, re-created daily. It vanishes far more quickly than he ever would have thought possible. And if he wishes to live, he must do what he can to prevent the world he wants to live in from fading away. As long as there’s war, life is a preventative measure.”

BookBytes for the Cellist and other books will start on Monday for HPPR’s Radio Readers’ Spring 2023 Read – “In touch with the world.” You’ll hear them on Mondays, Wednesdays and Fridays during Morning Edition and All things Considered. Thanks for joining us and thank you, HPPR, for your support of Radio Readers and for the use, this reading season, of part of your tag line – “In touch with the world… at home on the high plains.” Radio Readers are excited to prove it! 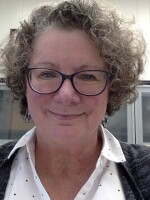