I’m Pat Tyrer from Canyon, Texas for the High-Plains-Public-Radio-Readers Book Club. Our January 2023 book, The Cellist of Sarajevo by Steven Galloway, is one of the most engaging, tense books I’ve read in quite a while. When readers claim they’ve discovered a book they just couldn’t put down, they generally use the phrase metaphorically to indicate a riveting story. However, The Cellist of Sarajevo is quite literally the book I couldn’t put down and which I read cover-to-cover in a single sitting. For a novel, it’s short at a mere 235 pages. For a story, it is a captivating and fearful trek through the streets of Sarajevo at the height of the 1992 siege of the city during the Bosnian War.

As readers we travel along at street level with the four main characters, experiencing war on a personal level. On the streets, there’s no talk of patriotism or idealism as each is focused on avoiding the snipers in the hills and the bombs dropping from the sky. The one exception is the cellist with whom the story begins. As the principal cellist of the Sarajevo Symphony Orchestra, the cellist has spent his life “giving to the people who came to listen what he loved most in the world,”—music. He is especially fond of Albinoni’s Adagio, which was reconstructed from a fragment of a charred manuscript found by a Venetian composter in the firebombed Dresden Music Library in 1945. When the cellist plays the Adagio, he is comforted by the idea that “something could be almost erased from existence in the landscape of a ruined city, and then rebuilt until it is new and worthwhile.” On bad days, he feels hopeful as he plays the Adagio. One day as he watches the destruction of the city from his window, he sees many of his friends and neighbors lining up to buy bread. Just as he decides against joining them, a shell impacts the line killing twenty-two people. After staring at the devastation for a day and a half, the cellist pulls his tuxedo from the closet, dresses, takes his instrument and a stool and heads into the empty street. In the center of the crater left by the mortar, he plays Albinoni’s Adagio which he does every day for twenty-two days, one day for each person killed. This is where our story begins.

The other three characters travel the streets, each with a different goal. Arrow is a self-named twenty-eight-year-old woman working for the Sarajevo Army as a sniper. As a university student she honed her skills on the shooting team and now she is the most talented sniper the army employs.

Dragan a sixty-four-year-old baker makes a daily trek across the city to work at a bakery for which he receives free meals and bread.

And the third character, Kenan, travels the streets daily to provide his wife, children, and an elderly neighbor with clean drinking water. He must travel from Sarajevo to Steri Grad to an underground cistern carrying his many jugs.

Yet as the cellist plays, each takes courage from the beauty of the music and the strength of the cellist. Kenan, listing to the Adagio begins to consider how he and his friends will rebuild after the war. Dragan upon seeing a dog crossing a street ignoring the bodies lying in his path, decides that he has been that dog—seeing nothing and ignoring the horror, and for Arrow, the music reminds her of her own humanity and that eventually peace and harmony would return. The tension rarely lags as the story moves forward to its surprising conclusion. I encourage you to read this enlightening and hopeful novel from Steven Galloway, The Cellist of Sarajevo. 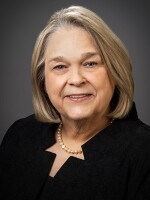