40 Chances: Finding Hope In a Hungry World The Photography of Howard G. Buffett 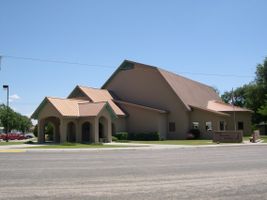 In this powerful exhibit featuring the photography of Howard G. Buffett, 40 photographs document the world hunger crisis as part of a global awareness campaign. Traveling to more than 137 countries, Buffett turned his camera lens on the powerful forces that fuel hunger and poverty. A philanthropist and farmer, Buffett believes that each of us has about 40 chances to accomplish our life goals, just as farmers have about 40 growing seasons to improve their harvests. His photography is a call to action to find lasting solutions to the world hunger crisis. The compelling photography in the exhibit illustrates the causes and effects of hunger on five continents and reflects Howard G. Buffett’s belief that hunger is intertwined with poverty, fear, war and conflict, and the lack of opportunity for women. The exhibit also includes an original Newseum film featuring Buffett and his work, and a tactile display that reveals the leading causes of death worldwide. Visitors can use a touch-screen kiosk highlighting five organizations working on solutions to world hunger and conflict to learn how they can be a part of Buffett’s 40 Chances campaign. If you had the resources to accomplish something great in the world, what would you do? Legendary investor Warren Buffett posed this challenge to his son in 2006, when he announced he was leaving the bulk of his fortune to philanthropy. Howard G. Buffett set out to help the most vulnerable people on earth – nearly a billion individuals who lack basic food security. And Howard has given himself a deadline: 40 years to put more than $3 billion to work on this challenge. Each of us has about 40 chances to accomplish our goals in life. This is a lesson Howard learned through his passion for farming. All farmers can expect to have about 40 growing seasons, giving them just 40 chances to improve on every harvest. This applies to all of us, however, because we all have about 40 productive years to do the best job we can, whatever our passions or goals may be. 40 Chances: Finding Hope in a Hungry World is a new book that captures Howard’s journey. Beginning with his love for farming, we join him around the world as he seeks out new approaches to ease the suffering of so many. It is told in a unique format: 40 stories that will provide readers a compelling look at Howard’s lessons learned, ranging from his own backyard to some of the most difficult and dangerous places on Earth. This book presents a way of thinking that speaks to every person wanting to make a difference. It’s a mindset, providing reasons to hope and actions to take. It offers new approaches that are desperately needed. 40 Chances gives us all inspiration to transform each of our limited chances into opportunities to change the world. “40 CHANCES: Finding Hope in a Hungry World” was developed by the Newseum in collaboration with Howard G. Buffett Foundation The Newseum is an affiliate of the Freedom Forum, whose mission is to foster First Amendment freedoms for all. freedomforum.org The Howard G. Buffett Foundation is the exclusive sponsor of the “40 CHANCES: Finding Hope in a Hungry World” exhibit.