Just as the seasons are rapidly changing, so is the modern age. Thankfully, we have some guidance on how best to deal with our future-forward present from Texas-based, folk-rock songwriter Vanessa Peters . On her new album, Modern Age, she explores the pressures of living in a difficult "now." Though normally based in Dallas, this album was recorded in Italy where she and her band were located throughout the pandemic. Overall, this release rocks a bit harder than her 2018 release, Foxhole Prayers, and her 2020 cover album, Mixtape, which feels appropriate for 2021. In conjunction with the new album, Vanessa filmed several music videos for tracks included, such as “Crazymaker” and “Valley of Ashes.” Plus, you won't want to miss the animated short film that accompanies her phenomenal title track, “Modern Age.” On this album, Vanessa Peters delves into the importance of owning one's existence and experience, even those that might not seem as valuable on the outside. She offers gentle advice of appreciating the things we love, whether their from our pas, present, or future...because the "modern age" will never stop changing.

On the behalf of HPPR, we thank Vanessa for taking the time to speak with us. Hear the full interview on the link below. 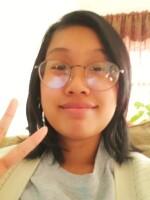