In collaboration with StoryCorps, High Plains Pubilc Radio is taking part in the One Small Step project, pairing up High Plains residents with differing views and bringing them together in conversation. Today, we hear from two Kansas residents originally from India as they discuss their views on politics and religion.

High Plains Public Radio has teamed up with StoryCorps for their One Small Step initiative, where two people with different perspectives on an issue come together for a conversation about their beliefs. In this story, we hear from Anushka Karote and Biju Kalarrikal, two High Plains residents from India, finding connections and making their homes in Kansas. Their conversation centers around their differing views on politics and religion.

StoryCorps’ One Small Step stories aired this week on Wednesday, December 22nd and Friday, December 24th at 7:45am CT during Morning Edition, again at 5:44pm CT during All Things Considered. This project is made possible in part by the Corporation for Public Broadcasting, a private corporation funded by the American people. 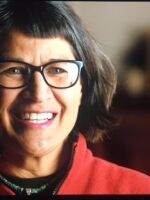 Debra Bolton
Debra Bolton began in public radio in 1980 as a classical, jazz, and folk music hosts, at different times and in the role of news reporter. She produces about two radio shows annually, one with a focus on Geography Awareness Week in music and the annual production of Cantigas de Santa Maria, which combines her passion for history and music of medieval times.
See stories by Debra Bolton