A roiling debate over how to assess big box stores — their worth when occupied, or their value as vacant properties — could upend property tax systems across Kansas.

At the heart is the “dark store theory,” as critics call the strategy. It contends property valuations should look at what an empty store could fetch on the open market.

That would dramatically cut their property tax bills, forcing county and local governments either to get by on smaller budgets or shift a heavier burden to other property owners.

Johnson County sits at the epicenter of the debate. Many retailers, including Target and Walmart, are appealing their valuations. Johnson County Appraiser Paul Welcome said the issue is simple: buildings that are occupied are typically more valuable than empty stores. So if a building is occupied, he said, its valuation and resulting property taxes should reflect that higher value.

“Do you really want the county appraiser to be hypothetical?” Welcome said. “We’re required to evaluate what is there, not what someone thinks ought to be there.”

Part of the debate looks at hypothetical leased valuation, where an assessment is based on the potential cost to lease the property. That’s typically lower than the current valuations. That strategy has won some initial victories in Kansas.

If big retailers are successful in lowering their valuations, Welcome said that could move more tax burden to homeowners.

“Those residential property owners will have to pay more taxes. Simple as that,” he said. 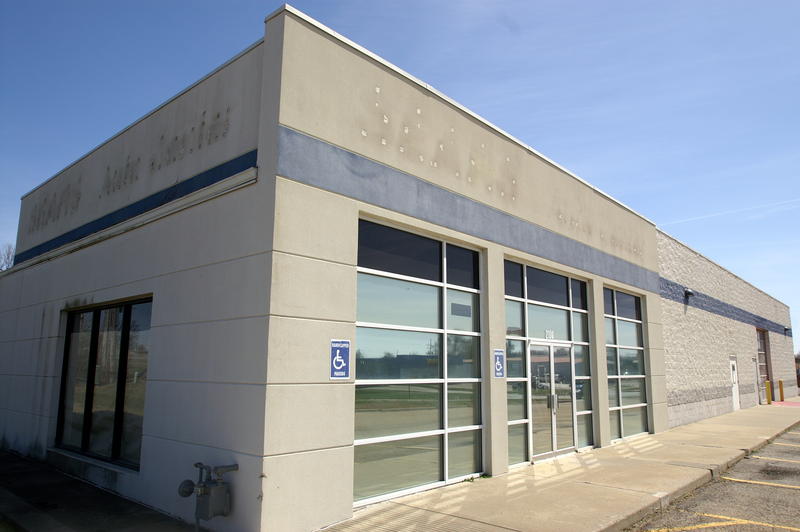 Some recent tax court rulings in favor of retailers mean the issue will continue to percolate. Welcome expects the property tax appeals will move on to the state court system.

Attorney Linda Terrill, who is based in Johnson County, is president of the American Property Tax Counsel. She told Kansas lawmakers earlier this year that the dark store theory name distracts from the real issue, massive increases in property valuations.

“The dark store theory has a lot in common with the tooth fairy. Neither,” Terrill told a Senate committee, is “real.”

She said major retailers in Johnson County saw property tax valuations increase by an average of 85 percent between 2015 and 2016, meaning a sharp jump in property tax bills.

“These are valuations that companies don’t plan for (and) can’t absorb,” she said. “Who wouldn’t file an appeal if their taxes doubled?”

Property taxes should be based on the actual value of the property itself and its sale value, Terrill said.

She contends the stores are being taxed based on the tenant, not the property. She said that’s akin to basing home property taxes on the income of the owners.

The issue has affected businesses beyond just retailers, said Daniel Kurz, a partner at Integrated Capital, an investment firm that owns the Marriott hotel in Overland Park. He told legislators that the company is not trying to skirt paying the taxes that fund government operations.

“We accept responsibility to fund our share of these important services,” Kurz said.

Yet Kurz called Johnson County appraisers “out of touch with economic realities and fair valuations.” He said the valuations make the Marriott less competitive with other hotels.

Welcome defends the increases and the county’s tax policy. He said the county lowered valuations during the Great Recession.

“Then we had a couple (property) sales that indicated that we were significantly undervaluing,” Welcome said.

The county then commissioned a study of valuations and other factors. He said the tax rates increased in 2016 based on the property sales and the study indicated the valuations were too low.

With little time left in the 2018 legislative session, it appears unlikely lawmakers will take action on the issue. As the fight over valuations continues to work its way through the courts, it may come to a head next legislative session.

Stephen Koranda is Statehouse reporter for Kansas Public Radio, a partner in the Kansas News Service. Follow him on Twitter @kprkoranda. Kansas News Service stories and photos may be republished at no cost with proper attribution and a link back to the original post.

The League of Kansas Municipalities is planning to push legislation that would allow greater flexibility in increasing property taxes without first seeking voter approval.

The Kansas Senate has passed a bill that increases the penalties for people who make “swatting” calls.

The bill was sparked by a swatting incident in December in which Andrew Finch was killed by Wichita Police responding to a fake call about a hostage situation at his address.

Swatting involves making a false 911 call to draw law enforcement to an address.

Finch was shot when he came onto his porch to investigate the police activity outside. Police have said Finch disobeyed police commands and was reaching towards his waistband when he was shot.

Kansas Takes Its Effort To Cut Off Planned Parenthood To The U.S. Supreme Court

This story was updated at 5:26 p.m. to include the comments of Planned Parenthood Great Plains' regional director of public policy.

The state of Kansas wants the United States Supreme Court to review a decision preventing it from terminating its Medicaid contract with Planned Parenthood.

In a petition filed on Thursday, it argues that a federal appeals court was wrong when it decided that Medicaid patients have a right to challenge a state’s termination of their Medicaid provider.

Kansas lawmakers are considering creating a watchdog based outside the state’s child welfare agency, but with access to inside information.

A bill to create a child advocate to review the Department for Children and Families comes after years of horror stories of abused children who ended up injured, missing or dead.

An effort by conservatives to protect what they see as an assault on free speech on college campuses fell to defeat by the narrowest of margins Thursday in the Kansas Senate.

The bill — inspired by the canceling of conservative speakers’ appearances at some elite schools across the country in recent years — would eliminate “free-speech zones” designated for demonstrations. Some critics have seen such zones as a way of moving politically unpopular perspectives out of view.

The mere threat of launching debate on Medicaid expansion in Kansas has caged up a measure to suspend, rather than terminate, coverage for people while they’re locked up.