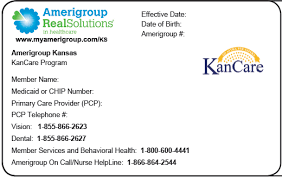 A contract dispute that could disrupt the health care of more than 400,000 Kansans enrolled in the state’s privatized Medicaid program has landed in court.

Amerigroup, one of three companies that since 2013 has managed the delivery of care to low-income, elderly and disabled through KanCare, is contesting a recent decision by state officials to replace it with Aetna when new contracts take effect in January.

The Virginia-based company filed a lawsuit Friday in Shawnee County District Court requesting the new contracts be set aside. Such an order would likely force the state to seek federal approval to extend the current program for at least another year.

The company is alleging that state officials involved in the contracting process ignored directives from the Legislature aimed at curtailing Gov. Jeff Colyer’s plan to make significant changes as part of his KanCare 2.0 initiative, including adding a work requirement and a lifetime benefits cap.

“We obviously strongly believe that the agencies acted inappropriately and outside their authority by not following the direction of the Legislature,” said Frank Klepper, CEO of Amerigroup Kansas.

Amerigroup included in its court filing copies of email exchanges between the Kansas Department of Health and Environment and the state procurement office that indicated officials knew about but ignored legislation requiring them to make changes in the request for proposals used in the contracting process.

The officials, the lawsuit says, “failed to follow procedure required by law and executed unauthorized contracts … that exceeded their legal authority.”

Jon Hamdorf, the KDHE official in charge of KanCare, said in an email that he couldn’t respond to specific allegations in the lawsuit because the agency hadn’t been served with a copy.

As a general defense, he said all the companies that bid on the new contracts were treated equally.

“All bidders were evaluated on the same criteria,” Hamdorf said. “We consistently conveyed the same (information) to all parties throughout the process.”

The problem, Amerigroup contends in the lawsuit, is that the agency used the wrong criteria. It awarded contracts based on bids submitted for KanCare 2.0 instead of making the changes to the RFP demanded by lawmakers.

In addition, the company is claiming that KDHE finalized the new contracts before notifying all bidders of its intention to award them, a violation of state procurement rules.

Amerigroup’s lawsuit requests an emergency order because, the company says, uncertainty about whether it will continue as a KanCare MCO is hindering its ability to provide care to its approximately 125,000 Kansas members. Key staff are leaving for more secure jobs and providers are requiring that Amerigroup members switch to a new plan in anticipation of the announced changes.

“The potential health impact from this significant disruption to our membership is quite frankly extremely troubling to me,” Klepper said. “We have members with very vulnerable medical conditions who now have to go through this process essentially because the agency didn’t do what the Legislature told them to do.”

Jim McLean is managing director of the Kansas News Service, a collaboration of KCUR, Kansas Public Radio, KMUW and High Plains Public Radio covering health, education and politics. You can reach him on Twitter @jmcleanks.

Kansas News Service stories and photos may be republished at no cost with proper attribution and a link back to the original post.

The company that processes applications for Kansas’ privatized KanCare Medicaid program faces potentially steep fines if it doesn’t fix problems, responsible for massive backlogs, by the end of this week.

Maximus, a Maryland-based company that specializes in managing “human service programs” for states and the federal government, has operated the “KanCare Clearinghouse” since 2016.

There have been problems from the start.

The compromise, detailed in the final budget bill of the 2018 session, blocks Colyer from implementing a work requirement and lifetime benefit cap as part of his planned “KanCare 2.0” makeover of the program.

A behind-the-scenes struggle over proposed changes to Kansas’ Medicaid program is coming down to the wire.

Republican Gov. Jeff Colyer has offered concessions. But he appears determined to stick with his proposal to make some non-disabled recipients work, or undergo job training, for their health care coverage.

Jon Hamdorf, the Kansas Department of Health and Environment official who oversees the state’s privatized Medicaid program known as KanCare, said the governor believes “very strongly that work is a pathway to independence.”