The first version of the 2018 farm bill has only minor changes to one of the programs most farmers hold dear and what’s widely seen as their primary safety net: crop insurance.

The program covers all sorts of crops, “from corn to clams,” Iowa State University agriculture economist Chad Hart said. But it’s not like the types of insurance most people are familiar with.

“I think most people would say, if they get a car insurance payout they’re almost never whole when it’s done,” explained Corey Goodhue, a corn and soybean farmer in Carlisle, Iowa. “They’re always better off to have not had the wreck.”

Goodhue said he’d rather have a good crop year and never file a claim, knowing that when he needs the insurance, it’s there.

And that gets to another way it’s not like car insurance: The chances are pretty good that when one driver has an accident and files a claim, most of the others will not so the insurance company will have no problem paying. With crops, it’s more likely many farmers will need a payment at the same time, due to a flood, or drought, for example.

That makes the prospect of insuring something like corn harvests less appealing to companies than insuring cars, and it has the potential to make the policies unaffordable to the farmers they’re intended for.

“It sort of violates one of the harder rules about insurance,” Hart says, “because for the private companies to handle the insurance you need to have that spreadable risk.”

This is where the federal government comes in, subsidizing crop insurance to make it appealing and affordable to both private companies and farmers.

Goodhue said he pays about half his premium and the government picks up the rest.

“When you look at the risk versus the benefit, it pencils,” he says. “If you took that subsidy away, I think we would not buy crop insurance.”

In fact, some farmers wouldn’t make it without crop insurance. The costs of seeds, inputs and equipment add up and rely on returns at harvest.

“The financial risk that we take is enough to bankrupt us, even with the equity we have,” he says.

But with insurance, Goodhue said, he can lock in the best possible price for his grain long before it comes in from the field.

If things don’t go as well as he expected and he can’t meet his obligations, crop insurance lessens the blow. 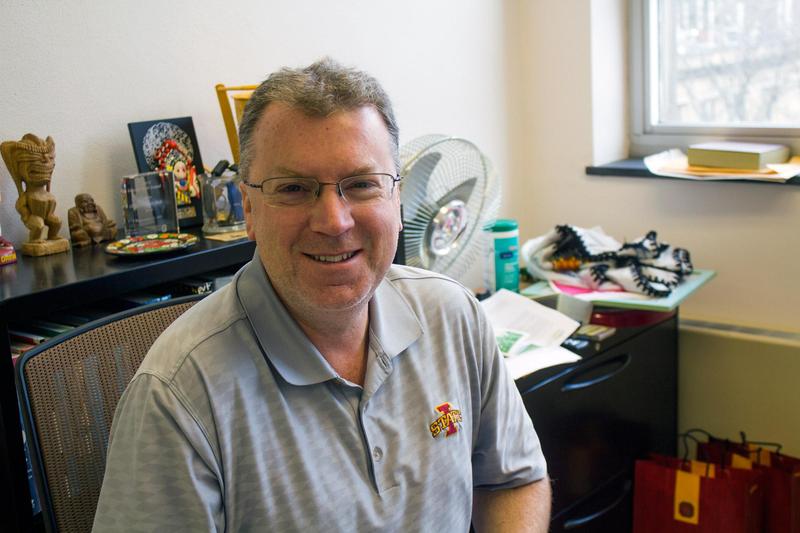 Sometimes, Hart said, farmers have an expectation that is out of step with the intentions of the program, and tell him they want some money to flow back to them each year.

Goodhue also has heard what he calls the “misperception” that farmers are counting on annual payouts from insurance.

“That doesn’t make any sense to me,” he says. “It’s a mechanism that protects us from losing our business. It’s not something that we’re trying to make money doing.”

Currently, the federal government will split any premium, no matter how big it is.

“Effectively, right now, a farmer can take out insurance on every acre in a county, every year, year after year, and the government will continue to subsidize, on average, about 60 percent of that,” according to Anna Johnson, a policy program associate with the Center for Rural Affairs in Nevada, Iowa. “So we want to introduce some common sense limits onto that.”

Her organization and others that advocate for rural communities and smaller farms proposed a $50,000 cap on premium subsidies. But it didn’t make it into the House Agriculture Committee’s bill.

The insurance companies backing farmers’ policies also get subsidies to help weather the years when there are lots of claims, like during the major drought of 2012. At $13.4 billion, that year was the government’s most expensive for crop insurance. By 2016, the tab had dropped to $4.2 billion, the second-lowest in a decade. 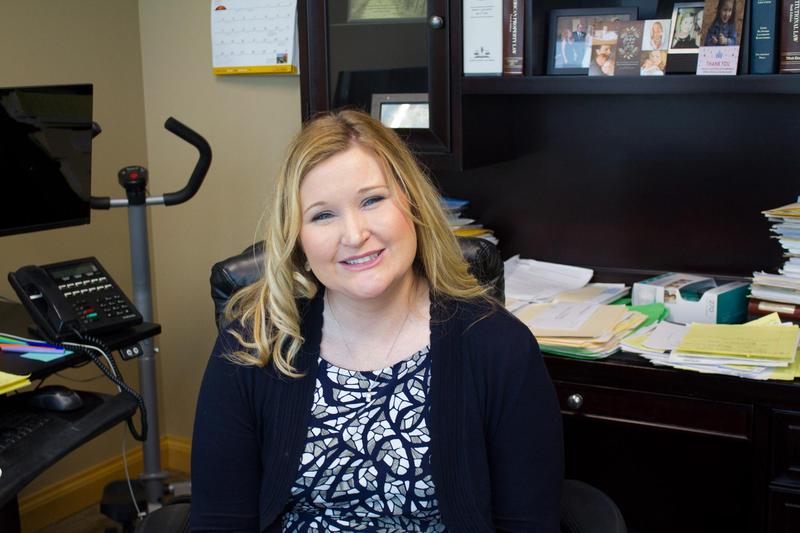 What the farm bill really does when it comes to crop insurance is make rules, said Erin Herbold-Swalwell, an agricultural lawyer in West Des Moines, Iowa. If farmers don’t follow them, they can lose their ability to get the insurance.

“We just don't know what's going to happen,” Herbold-Swalwell said of the farm bill renewal, “but the best policy is to operate under the system that we have now and really do pay attention to those compliance issues.”

Has she seen crop insurance keep a farm in business?

“Oh, most definitely,” she said. “I think if you didn't have crop insurance in this environment, depending on your cash position and your equity position, the land that you own — that one bad event could be very, very devastating.”

And that brings up one last thing: Part of the justification for government subsidies is that crop insurance protects taxpayers, so when disaster strikes, they aren’t stuck footing the entire bill to help farmers recover.

Amy Mayer is a Harvest Public Media reporter based in Ames, Iowa. Follow her on Twitter: @AgAmyInAmes

Fearing Deportation, Unauthorized Immigrants Shy Away From Signing Kids Up For Food Aid

In the small city of Fort Morgan, Colorado, 33-year-old Verónica delicately stacks cans of food into her mini shopping cart, strolling the narrow aisles of the Rising Up food pantry to gather eggs, milk, apples and an extra-large box of cereal.

The farm bill traditionally is a bipartisan effort, but House Republicans’ proposed changes to the main federal food-aid program in this year’s version have struck a nerve. To move it through efficiently, Agriculture Secretary Sonny Perdue says he’ll appeal to President Donald Trump.

There’s a Republican-authored proposal in the next farm bill that would require millions more people to work or volunteer in order to receive federal food assistance.

The Supplemental Nutrition Assistance Program (SNAP) is the biggest federal program aimed at breaking the cycle of poverty that millions of Americans find themselves in — sometimes for a few months, sometimes for several years.

Held up over disagreements over federal food stamps, the first draft of the 2018 farm bill arrived Thursday, bearing 35 changes to that program, including starting a national database of participants.

The current farm bill expires Sept. 30; in the past, Congress has had to extend their work beyond deadlines. The bill — released on Thursday — came from the House Agriculture Committee, which is headed by Texas Republican Rep. Mike Conaway.