At This 'Farm' In Nebraska, Creativity Grows Amid The Cornfields

In the middle of a cornfield in south-central Nebraska, an oasis of art is growing.

Art Farm, situated off a long dirt road outside the small town of Marquette, started back in 1993 as an artist residency program. Since then, it’s become a one-of-a-kind experience many artists can’t resist.

The genius behind Art Farm is Ed Dadey, a man who believes inspiration comes a little easier in the middle of nowhere.

Art Farm isn’t easy to find and when you get there, you probably won’t be impressed at first. Dadey doesn’t get a lot of unexpected visitors, and there isn’t a sign out front — just a couple of mailboxes. Weathered buildings are hidden by trees and scattered across the property. His huge barn is actually parts of many old barns that have been patched together over the years. 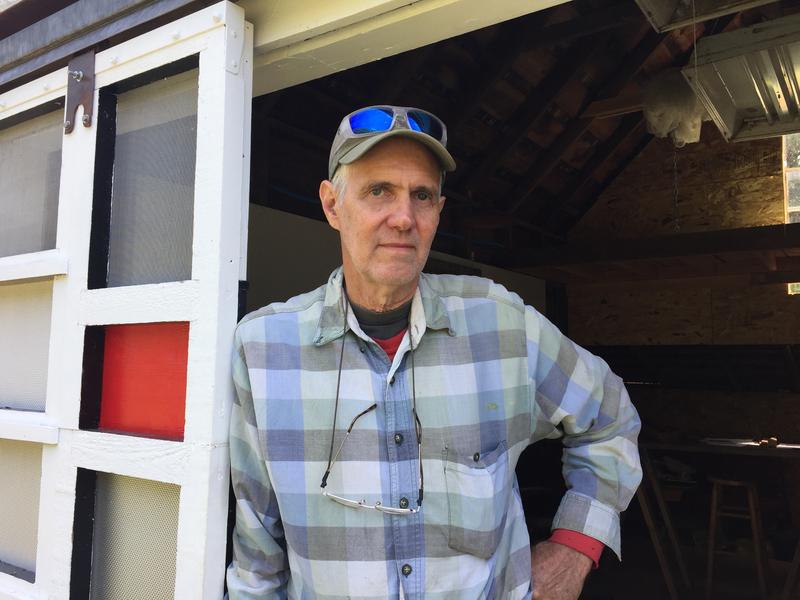 Dadey looks like a farmer. He’s tall, slender and soft-spoken. In fact, he was a farmer until he realized he wasn’t very good at it. That was a turning point.

“One day I realized I was not going anywhere in the world, so I thought, well, let’s reverse this,” Dadey sayts. “Let’s bring the world here. So that’s what I sort of started. That became the motivation, to bring people from other places to Nebraska.”

Dadey, 70, actually has an art degree. More than two decades ago, he thought he’d try to combine his family farm and his knowledge of art into a unique artist residency program.

“My original vision of this was that maybe 30 or 40 years from now I might have five or six people show up. I’ve got 80 this year,” Dadey says. “I get e-mails all the time, has anybody left? Is there room for me yet? No, no. It’s packed.” 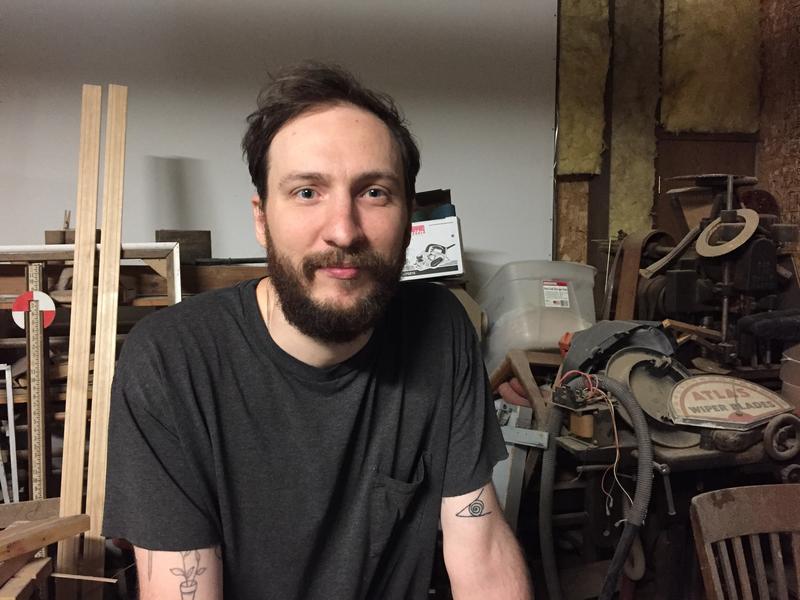 It’s the spirit of the place that draws artists from all over.

“I think it’s the space. It’s also the kind of imperfect nature of the space,” says Evan Smith, a teacher, writer and poet from Brooklyn. “You’ll notice everything is an eighth of an inch off a little bit.”

Piles of wood, metal, old vehicles and art projects from the past are everywhere.

There aren’t many rules at Art Farm, but part of the residency is work. Artists put in between 12 and 20 hours of manual labor each week. Otherwise, everything else is free.

Smith is building a frame for a new shower in the barn.

“It’s a little more rustic than other artist residencies so the kind of person that thrives here tends to be mellow and interested in getting out of whatever patterns they’re in in their life and coming somewhere where you can do physical work and work on your own art, whatever that may be,” he says. 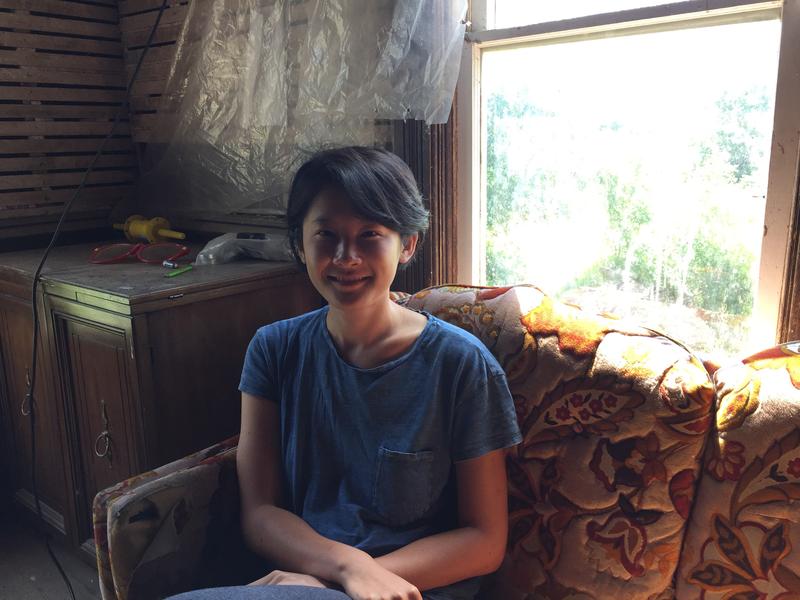 Effie Kong, 26, is a writer from Boston. She sits on a worn couch in a 100-year-old farm house she's sharing with three other artists. There’s nothing fancy about the space, but that’s okay with her.

“The creative process isn’t a pristine process. It’s very messy. It’s very confusing and metaphorically, it looks like this house,” Kong says. “So being here, it makes me feel like I can be experimental. I don’t have to be perfect on the first draft. I can be messy and confused and rickety.”

Kong, like many of the other artists at Art Farm, is searching for more than just a better way to write. She’s here to find her creative spirit. 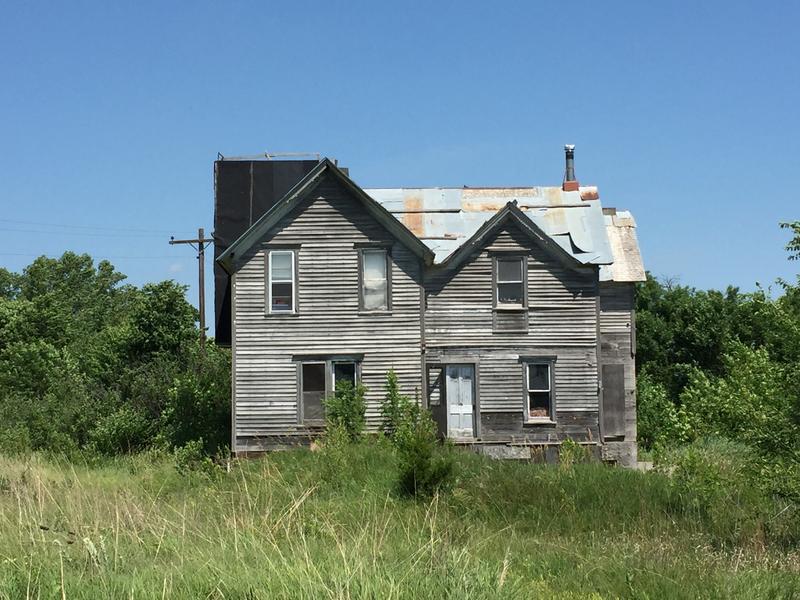 “I think I rediscovered that magic that happens when you’re out there and no one is around and it’s just you and the corn slowly growing and the stars. That’s something that’s incredible I think that’s being rekindled in me,” she says.

Sculptor Michael Larson is right at home in an old, one-room schoolhouse. He’s turned what was an abandoned building at Art Farm into his studio, cleaning out years of odds and ends and turning the space into an open, airy place to create.

He’s from Lincoln, Nebraska, and came for inspiration and a change of scenery — and to learn from Ed Dadey.

“He comes up to me at one point and I’m doing something really quick and I’m just ripping through it and he says something like, 'Michael, at Art Farm, time is not money.' Which is way different. It was kind of a nice moment for me to have that realization that I don’t need to do stuff incredibly fast,” Larson says. 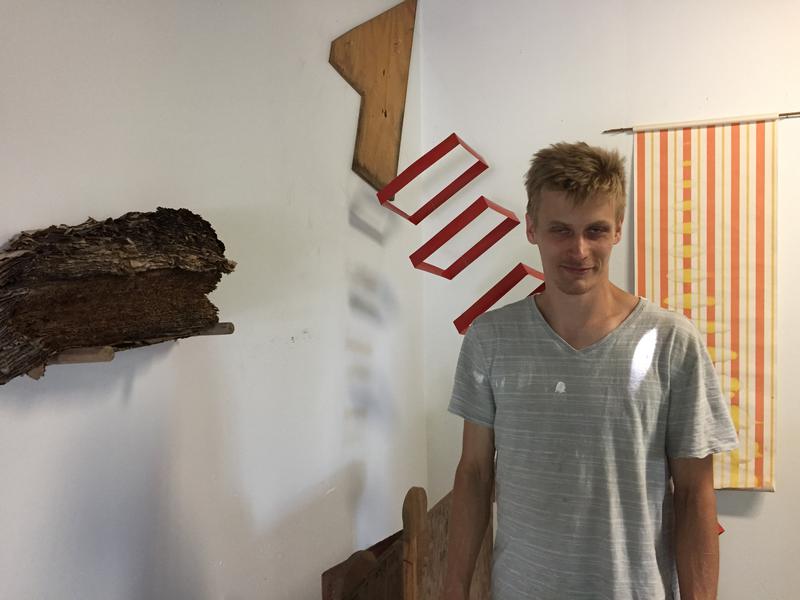 While resident artists work on a roof repair at an old home on the property, Dadey has time to reflect. He thinks he’s the lucky one.

“All these artists make you feel like 25," he says. "It very much keeps you young in that sense, mentally and physically. It revives those things in you that you thought may have been gone.”

He doesn’t have plans to slow down anytime soon. For now, the community he’s built in the middle of a cornfield in central Nebraska will continue to produce inspiration for artists who say Art Farm has changed their lives.

Jack Williams is a reporter for NET News. Contact him at jwilliams@netnebraska.org.

This story is part of Artland, a public-radio collaboration reporting on creative efforts that build community in unexpected places throughout the Midwest.

***WOW, THIS EVENT IS CURRENTLY SOLD OUT! If you'd like to be on the WAITING LIST, please email Jenny at jinzerillo@hppr.org. If you have questions, please call HPPR at 806.367.9088.

A beloved West Texas artist will be remembered this weekend by the West Texas A&M art program. Jim Harter was born in Lubbock in 1941, and later lived in Canyon and attended WT.

This past weekend, young filmmakers in Amarillo participated in a harrowing competition. The effort was part of a nationwide contest called the 48-Hour Film Project. Actors, producers, directors and photographers from Amarillo raced around town, bringing their stories to life.