John Peterson farms corn and soybeans in Jackson, Minnesota, and came to the Farm Progress Show in Boone, Iowa, in late August to see what’s new and to learn about the most current technologies. 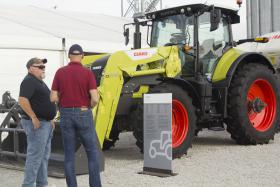 “It’s all about return on investment,” Peterson said. “Whatever it is that I am focused on, it needs to bring value back to the farm. Otherwise it’s a toy and I really don’t have any use for it.”

There was plenty for Peterson and other farmers to consider at the trade show, where company representatives at more than 300 exhibitor booths were doing their best to tease out sales. Farmers collected swag and climbed into the fanciest combines, looking like kids exploring a toy shop.

And why not? Innovative ag technology was everywhere.

Long-established brands are expanding to integrate more technology into existing products while more start-ups are angling for a piece of the high-tech ag market. According to Forbes magazine, last year investment in ag tech companies exceeded $4 billion.

One start-up company at the show, Ceres Imaging, takes aerial photos using a wide light spectrum that picks up plant stressors like disease or pests or dehydration.

“We’re not trying to sell a bright, shiny object that will sit in the yard,” said Barclay Rogers, head of business development for Ceres. “We’re trying to sell something, a data service, that’s going to help the farmer make more money.” 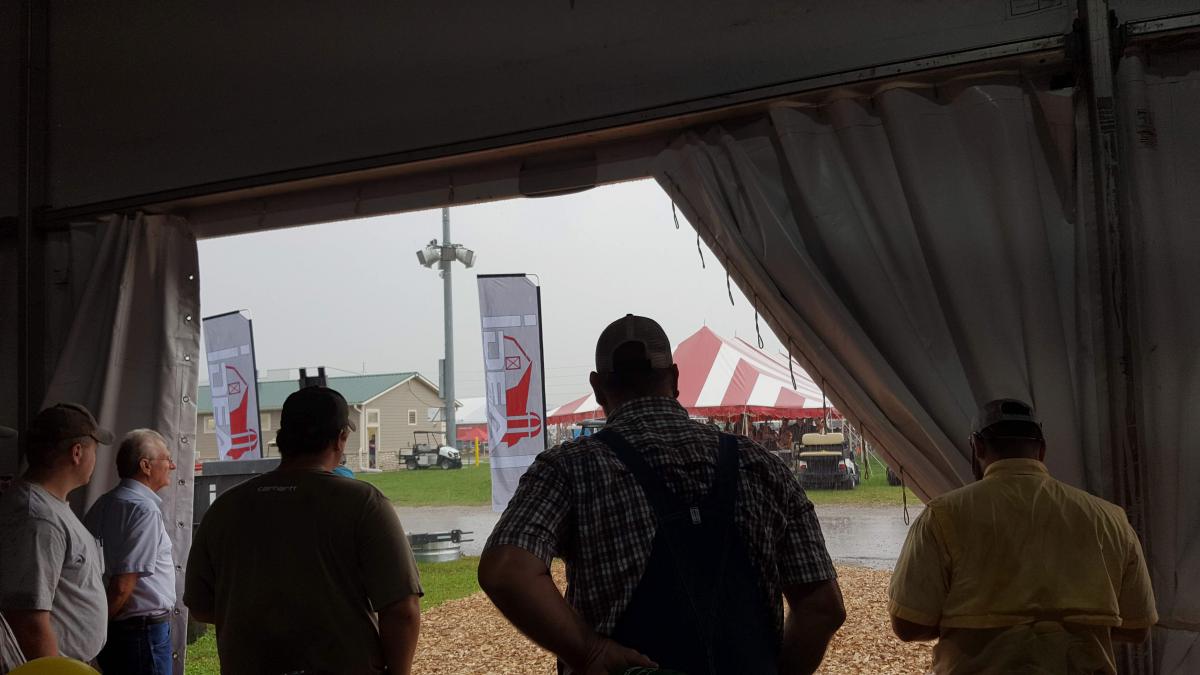 He said the images can identify problems before a farmer can see them. With that information, and an agronomic consultation that’s part of the Ceres service, farmers can be proactive about managing something that could threaten profit.

“The farmer’s dollar is scarce, right?” Rogers says. “And the question is, what is it that’s going to deliver the most value on the farm?”

Farmers pay by the acre for Ceres Imaging.

But other tech on display at the show relies on the same approach as consumer products — a free app, with a promise.

David Gray, of Xarvio Digital Farming Solutions, was touting a free crop-scouting app that speeds up monitoring a field to find and identify problems.

“There’s no upsell, there’s nothing in the app for purchasing and the grower retains the ownership of all the images,” he said. 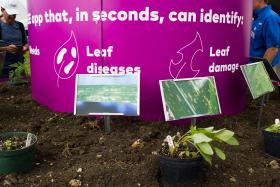 A user uploads a photo and the app names the disease or pest that caused the visible damage. The photos are aggregated anonymously and, Gray said, eventually the app will be able to alert farmers if a particular pest or disease is headed their way.

“It doesn’t replace the grower-agronomist discussion,” he said, “but it speeds up the data collection and the scouting trip so they can get that information more rapidly or cover more acres more frequently.”

When farmers catch problems early, Gray said, they save money, which he insists is the goal, not selling them more gallons of products. Xarvio, though, is a subsidiary of BASF, one of the world’s largest chemical companies. (It was started within Bayer, but with Bayer’s acquisition of Monsanto, government regulators required the new company to sell off some assets and that’s how Xarvio ended up at BASF.) 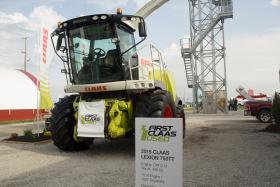 Other sales pitches at the Farm Progress Show honed in on current trade concerns.

“With some of the uncertainties in commodity prices and the current trade situation, used has become a high-interest with many farmers that traditionally had been buying new,” said Allen Miller, remarketing manager for CLAAS North America.

Miller said other farmers are hanging onto equipment longer than they used to.

Indeed. Pete Brecht, of Central City, Iowa, paused to measure the tires on a new Kinze grain cart. It’s the same size as a used one he just bought. Brecht said he put off the purchase for a year, hoping the price would come down.

He said keeping up with technology is challenging, but in general his investments have brought strong returns.

“Sometimes you look at it and you wonder,” Brecht said, “but after you’ve had it for a couple of years you wonder why you didn’t have it sooner.”

With Suicide Rates On The Rise, Experts Say It’s Essential To Reach Out To Those Who Are Struggling

As many reacted with shock this week to the deaths of designer Kate Spade and celebrity chef Anthony Bourdain, we also learned from the Centers for Disease Control that suicide rates have risen in nearly every state between 1999 and 2016, the latest year for which complete data is available. Though Texas remains below the national rate, suicides have been rising here, too. The state experiences 12.9 suicides per 100,000 Texans. Across the nation, there were more than twice as many suicides as homicides in 2016. The CDC says these trends cannot be linked to any specific medical diagnosis.

Farmers Take To Airways To Reach Trump About Trade Policies

Farmers are going to attempt to appeal to President Donald Trump about his trade policies via television.

As Politico reports, the 30-second ad is sponsored by  Farmers for Free Trade, an advocacy group that wanted to make the case that foreign retaliation to Trump’s tariffs on steel and aluminum and other pending trade restrictions will have a potentially devastating impact on their exports, if China and other trading powers decide to boost tariffs on soybeans, wheat and other farm goods.

The United States and Mexico announced this week there’s a tentative deal in their renegotiation of the nearly 25-year-old North American Free Trade Agreement, or NAFTA.

A new book, "Eating NAFTA: Trade, Food Policies and the Destruction of Mexico," looks at the connections between the agricultural and food trade policies that the policy has brought about.

The details of the federal government’s $12 billion aid package for farmers affected by trade disputes are out — and soybean farmers are the major beneficiaries.

Back in 2012, one of the major employers in Montrose, Colorado, a sawmill, was in receivership and on the brink of collapse. At the time, local media reported that the cost of logging timber had become prohibitively expensive, and the log yard was nearly empty.

These days, logs are stacked high next to a humming mill. Production is up 20 percent from even just 2016.

House Bill 1643 makes it a crime to operate a drone over “concentrated animal feeding operations,” as well as telecommunication facilities and certain oil and gas facilities.