Forecasters say the El Nino weather pattern in the Pacific Ocean should lead to slightly warmer and wetter conditions across the Midwest this winter. That’s good news for some farmers who struggled with drought over the summer.

"It’s been an odd year. Missouri and Kansas have seen some pretty serious drought conditions, while other states have seen a lot of rain this fall,” Iowa State Climatologist Justin Glisan said.

He added that the El Nino weather pattern over the Pacific Ocean suggests the region is in for average to slightly above temperatures.

University of Missouri atmospheric science professor Tony Lupo predicted that most of the Midwest, especially Missouri, Kansas and the Dakotas, will see more snow than usual in the coming months.

“When it melts it usually soaks into the ground, and that of course helps to alleviate some of the dry conditions, or even recharge the soil for next year,” Lupo said. 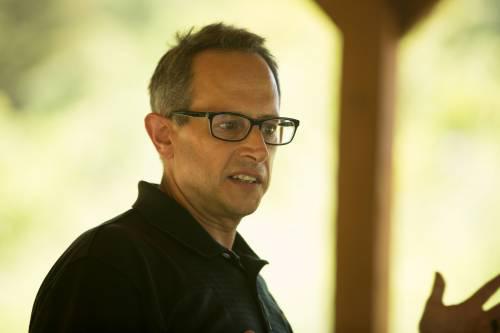 He also pointed to heavy rains in October that “put a huge dent in the drought conditions.”

As the winter progresses, forecasters will get a better sense of how long the El Nino pattern will continue and how intense it will be. Glisan said that will help determine what the spring forecast will look like for the Midwest.

But, he said, the winter outlook with more rain and snow is encouraging.

“It will definitely help the next growing season,” Glisan said.

The news isn’t entirely good, though: Glisan said there are pockets, including eastern Illinois and western Indiana, that may see slightly lower-than-average levels of precipitation.

Slow speeds, bad coverage and expensive service: These are just some of the concerns contained in nearly 300 public comments on Rural Broadband Pilot Program proposed by the U.S. Department of Agriculture, a review by the Midwest Center for Investigative Reporting found.

Updated at 11 a.m. Nov. 26 with a correction — A southeastern Missouri cotton and soybean farmer has the distinction of being the first person in the United States to face federal charges over alleged dicamba misuse.

This Thanksgiving, Don’t Forget To Pass The Cricket Pie?

Eating crickets might improve the microbiome — the good bacteria found in the gut that wards off illness, according to a recent six-week study at Colorado State University.

The Uncertain Future Of Soybean Futures

Farmers know every year they’re going to encounter surprises from things out of their control, like drought or pests.

This year, great growing conditions led to a bin-busting soybean harvest, but a tit-for-tat exchange of tariffs with China meant that country went from being a major buyer to virtually ignoring U.S. soybeans.

After 10 years of consistent gains, the number of immigrant families enrolled in SNAP, or the Supplemental Nutrition Assistance Program, fell by 10 percent in 2018.

New, preliminary research presented this month at the American Public Health Association conference showed the drop was highest for for families who had been in the U.S for fewer than five years. It’s a reflection of what Harvest Public Media and other outlets reported earlier this year: that some families are choosing not to participate in federal benefit programs out of fear it could impact their immigration status.