Educators and some lawmakers weren’t sure which Jeff King they were going to hear from Thursday.

Would the House K-12 Budget Committee hear from the conservative former Senate vice president who pushed through block grants and tried to defund the courts? Or would they hear from a constitutional lawyer with experience litigating school finance cases in Kansas? 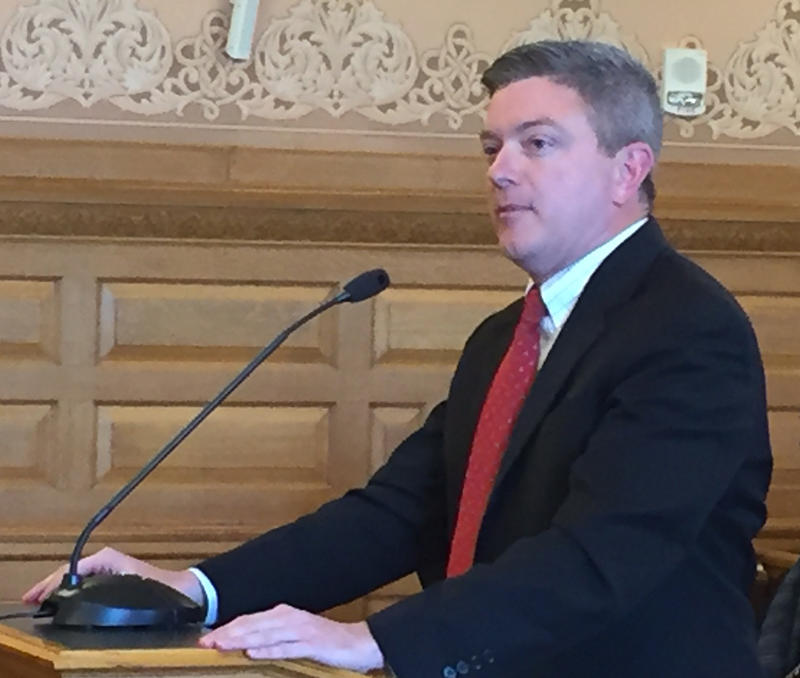 Turns out it was the latter.

“I don’t think there’s anything he said that really threatens where the bill is going,” said Mark Tallman, the top lobbyist for the Kansas Association of School Boards.

Sen. Barbara Bollier, a Republican from Mission Hills who will help write the Senate’s school funding plan, said she was reassured by King’s analysis.

“He did a very nice job in presenting a good, solid legal foundation,” Bollier said.

The K-12 Budget Committee has been working on a school funding formula for months. It looks very much like a formula that was scrapped for block grants two years ago. But it also calls for an additional $750 million in new money for public schools over the next five years.

King was hired for $50,000 to help the Legislature write a bill and present its case for constitutionality to the state Supreme Court.

He made two main points to the committee about school finance.

“The more money that is put in, the greater chance the court finds it constitutional,” he told the committee. “And what that limit is, I don’t know.”

And second, he said, the certainty of the revenue used to fund schools may be more important to the high court than the dollar figure.

The Legislature faces a projected $900 million budget hole in the next two fiscal years, so finding more money for education will be a challenge.

“Raising money sooner may be more difficult,” Tallman said. “Yet on the other hand, phasing in a plan means you also have to have a plan for that phased-in money.”

The committee has yet to approve the measure. Rep. Larry Campbell of Olathe, the committee’s chairman, said he hopes to work the bill Friday and maybe approve it then.

Any school funding bill still faces a long, hard slog after it gains the committee’s approval. Next up will be the Senate, whose members may have some different ideas. Most likely the bill will go to conference committee.

Whatever lawmakers do, they have to have a constitutional formula in place by June 30 — or the high court has said it will shut down schools.

Sam Zeff  covers education for KCUR and the Kansas News Service and is co-host of the political podcast Statehouse Blend Kansas. Follow him on Twitter @SamZeff. Kansas News Service stories and photos may be republished at no cost with proper attribution and a link back to KCUR.org.

Lawmakers in the Kansas House Delay a Tax Vote

Kansas House leaders have delayed a vote on a tax proposal after some members of the chamber had questions about the bill. The plan would reinstate a third income tax bracket and raise income tax rates. The bill would also reinstate income taxes for thousands of business owners.

Republican leaders in the Kansas House say it is unlikely they will schedule another vote on Medicaid expansion in the final weeks of the legislative session.

But Democrats say they will attempt to force one.

Little Movement So Far On School Finance In Kansas Senate

The Kansas Legislature faces a crucial deadline as it starts its wrap-up session this week: It must have a school funding formula in place by June 30 that passes muster with the state Supreme Court or the justices will shut down public schools.

Gov. Sam Brownback kicked off the Kansas legislative session by drawing lines in the sand on taxes, spending and Medicaid expansion, and he has defended those positions with his veto pen.

The question when lawmakers return Monday to Topeka is whether those vetoes will hold up.