They’re two of the 400 employees who work on the feedlot, which is one of the largest in the U.S. in a state that ranks third in meat production. The majority of workers, including the cowboys, are immigrants, as are laborers in the area’s dairies, two giant meat-processing operations and burgeoning ethanol plants.

“There are literally not people to fill these open positions,” the feedlot owner said of the area, where the unemployment rate hovers around 2 percent. “We need all the people we can get, regardless of where they come from.”

That’s why this owner, who asked not to be identified for fear of attracting the attention of immigration officials, is supporting a quiet but growing effort for a federal reform that would allow undocumented immigrants to stay in the U.S. to work in the agriculture industry.

Ag guest-worker bill in the works

U.S. Rep. Bob Goodlatte, a Virginia Republican, is sponsoring a bill that would create a guest-worker program and, among other things, would increase the number of workers allowed into the country, ease red tape and include not just seasonal workers, but those who work year-round in feedlots and dairies. The bill was narrowly approved by a U.S. House committee in October and now moves to the full House.

Agriculture relies on immigrant labor, yet half of the farm workers in this country are undocumented, according to the U.S. Department of Agriculture. (It’s unknown how many undocumented workers are in the livestock sector, because that data is not collected.recorded.)

Large farm groups say the labor shortage is at crisis levels — and they want relief. Even members of the Trump administration support legal status for undocumented farm workers at a time when anti-immigrant sentiments are running high.

Sonny Perdue, President Donald Trump’s Agriculture Secretary, told Harvest Public Media this spring that he is working on a plan to allow undocumented workers to stay in the U.S., and that Trump supports it.

“He understands that there are long-term immigrants, sometimes undocumented immigrant laborers, out here on the farms, many of them that are doing a great job contributing to the economy of the United States,” Perdue says.

Colorado immigration attorney Dan Kowalski jokingly calls Perdue’s plan “agnesty,” or agricultural amnesty. He compares it with what a lot of employers already use: H-2A visas that allow workers into the country seasonally, but tie them to a single employer.

“What I’m afraid of is that some employers or industries are longing for a return to a more plantation-type situation where you have low-paid, hard-working employees who are really trapped,” Kowalski says.

Kansas Secretary of State Kris Kobach, one of the nation’s leading anti-immigrant voices and running for the Republican nomination for governor, made a name for himself writing get-tough immigration laws for states like Arizona and now heads Trump’s voting commission. He opposes any amnesty-like changes to immigration law, he recently explains, pointing to a 1986 amnesty offered under President Ronald Reagan that attracted more than a million immigrants, many using phony documents.

“If we had another amnesty, it would have the same two consequences,” Kobach says. “You’d see massive fraud and you’d see people surging into the United States illegally.” 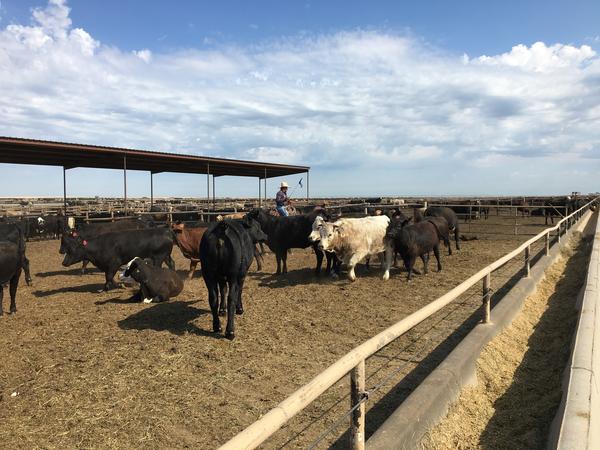 During last month’s testimony on Goodlatte’s bill in the House Judiciary Committee, Rep. Hank Johnson, a Georgia Democrat, said the bill would create a “sharecropping system.”

“This is setting up a permanent second class of persons in the United States,” he said.

The feedlot owner in southwest Kansas, who says all of her employees are documented, is concerned that reports of arrests and mass deportations will lead to losing her workforce. If someone in an employee’s family doesn’t have papers, she says. the entire family may to return to their home country out of fear.

“They want the American Dream that everyone else has,” she says. “They want to live here, they want to work here and provide for their families.”

For Deaf Refugees, Learning Sign Language Is A Challenge With Life-Changing Rewards

Maita thinks he was seven years old when he and his family were forced out of their home in Bhutan.

Starting in the late 1980s, the Himalayan country began driving out people who were ethnically Nepali. They fled across the mountains to Nepal, where they were settled in impoverished refugee camps.

From The Texas Tribune:

The president and CEO of the Federal Reserve Bank of Dallas told business leaders that unemployment and education should be viewed apolitically to avoid risking Texas and the rest of the country becoming less competitive.

Process For Obtaining U.S. Citizenship Not A Quick Or Simple Process

The process for immigrants wishing to become a U.S. citizen – or obtain legal status - can take decades.

Some dairy farmers worry that President Donald Trump’s immigration policies may be bad for business.

As KUT reports, immigrant labor is vital to many Texas farms and ranches, which have found themselves trying to determine how changes to immigration policy will impact their businesses and also how to deal with it when Immigration and Customs Enforcement (ICE) shows up at their farms to check employment records.

A southwest Kansas hospital is working with a local meatpacking plant to help immigrants in western Kansas get their driver’s licenses.

As The Topeka Capital-Journal reports, Kansas is launching a project that will help immigrants get driver’s licenses by offering them free translators while they are taking their exams.