My Fellow Kansans: Pick A Governor, Add To History

We’ve nearly arrived at a pivotal moment — the election that will determine whether Kansas continues rightward, returns to its traditional center, or starts down a new path. My Fellow Kansans, a podcast from the Kansas News Service, has been charting how we got here and what’s at stake in Tuesday’s voting.

Nearly 30 years ago, the anti-abortion protests of the 1991 Summer of Mercy in Wichita energized conservatives and paved the way for the rise of Sam Brownback. As a U.S. senator, Brownback embodied the Christian right. But as governor, tax cuts headlined his red state agenda. 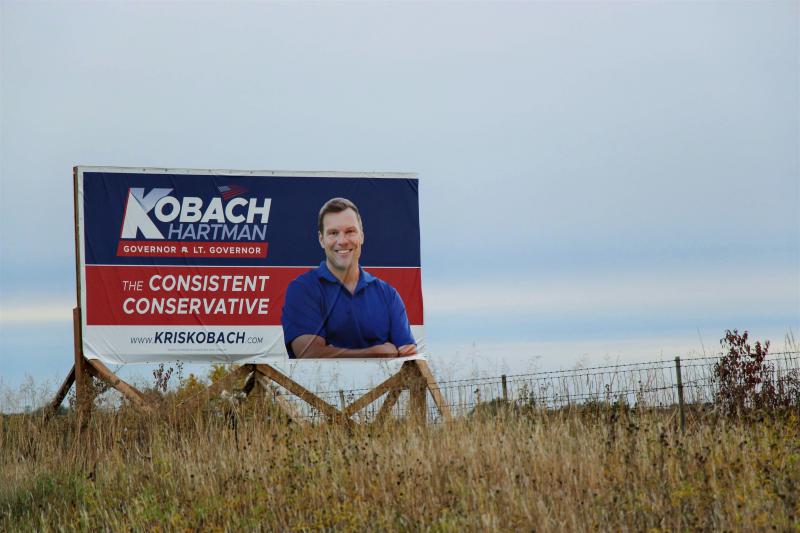 In 2018, the Republican nominee for governor, Kansas Secretary of State Kris Kobach, has declared his anti-abortion convictions, promised to double down on tax cuts and added immigration control to his “full-throttle” conservative mantle.

“He’s like a Trump man. He’s strong, he’s courageous, he will do what he says he’s going to do,” said Kobach supporter Paula Carr. 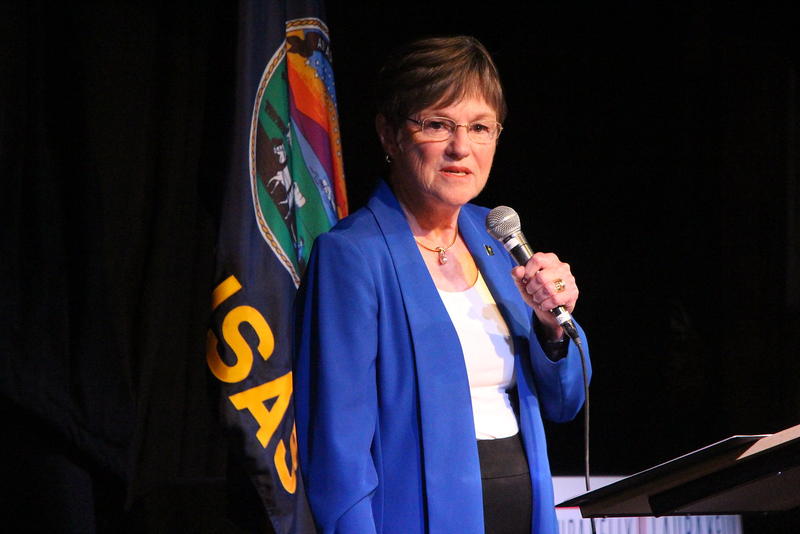 Kobach calls the Democrat in the race, state Sen. Laura Kelly, a “liberal.” Kelly categorically rejects that label. Yes, she steadfastly supports abortion rights and Medicaid expansion. She voted to end Brownback’s tax cut experiment. But she’s also voted for tax cuts during her time in the statehouse. And she sees herself as a consensus builder like famous Kansas pragmatists of both parties.

Kelly is relying on crossover support, and she’s got that from former Republican Gov. Bill Graves, “I have a pretty good grasp of the type of person she is,” Graves said. “And, knowing what the job entails … she just undoubtedly to me is … the individual we ought to put in that position.” 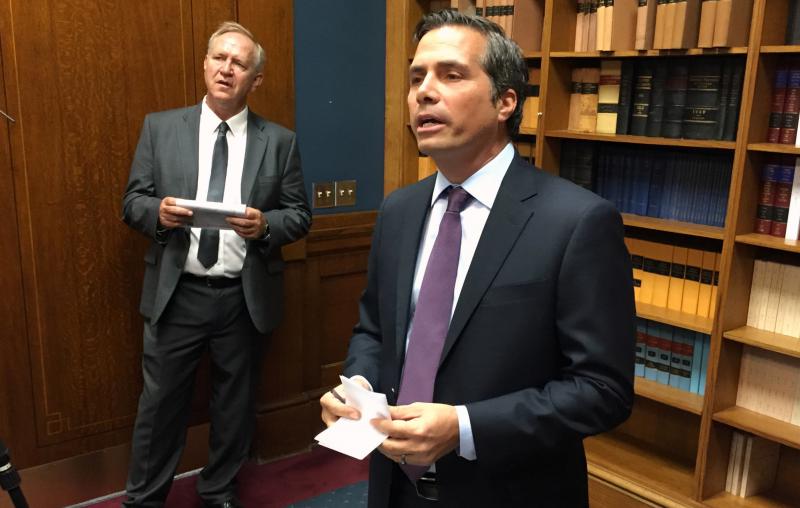 “When anything is going to happen in this country, it happens first in Kansas.”

Independent Greg Orman often repeats that 1922 quote from William Allen White — the Emporia Gazette editor known in his day as the “Sage of the Heartland.”

Orman, along with another independent on the ballot, Rick Kloos, argues that the current political system is broken. He wants Kansans to reclaim the state’s pioneering reputation by diverting from their allegiance to Republicans and Democrats.

My Fellow Kansans is a production of the Kansas News Service, a collaboration of KCUR in Kansas City, KMUW in Wichita, Kansas Public Radio in Lawrence, and High Plains Public Radio in Garden City. The podcast is written and reported by Jim McLean, edited by Amy Jeffries, and mixed by Matthew Long-Middleton.

If conservative firebrand Kris Kobach would continue Kansas on its path to the right, Democrat Laura Kelly would be its pivot back to center.

After a weak start early in the campaign, polls suggest Kelly is now virtually tied with her Republican opponent in the heated race for Kansas governor.

Of the three leading candidates in the race for Kansas governor, polls suggest Greg Orman is the least likely to win.

If there’s a talking point in Kris Kobach’s campaign that virtually no one could quibble with, it’s captured in his billboards: “The consistent conservative.”

On the campaign trail, he offers another term that underlines the ambitious Republican secretary of state’s approach to politics and to governing. He promises to be a “full-throttle” conservative.

Indeed, if his politics are conservative, his approach to public life is aggressive. He pledges a hard line against abortion, on immigration, for lower taxes.

And he promises to fashion a Kobach administration in Kansas the way President Donald Trump has remade politics in Washington.

Judge: It's Too Late To Open A Second Polling Place In Dodge City

A federal judge has ruled that Ford County, Kansas, does not have to provide a second polling place in Dodge City on Election Day.

In a ruling late Thursday, U.S. District Judge Daniel Crabtree denied a request for a temporary restraining order filed by the American Civil Liberties Union in late October on behalf of a Dodge City resident and a Latino community organization.

Republican candidate for Kansas governor Kris Kobach is defending President Trump’s proposal to end birthright citizenship through an executive order. Kobach has argued on cable news channels this week that the Constitution doesn’t guarantee citizenship to everyone born in the country.

Republican Scott Schwab and Democrat Brian McClendon disagree on the most basic of questions about the job they’re competing for, Kansas secretary of state.

Case in point: Is it the secretary’s job to increase voter turnout?

Schwab, a lawmaker of more than 10 years, says no. He says the things that drive voters to the polls lie beyond the secretary’s control — times of war, ailing economies, contested races.

“The secretary of state can’t make people vote and I can’t change people’s hearts,” he said. “All I can do is make sure it’s a good experience when they do go vote.”

“The current secretary of state” — Republican candidate for governor Kris Kobach — “has done the opposite,” he said.

The election is upon us. Here’s what you need to know.

Advance voting in person ends Monday at noon. For where you should go, check this county-by-county list.