Sarah Smarsh: On Growing Up Working-Poor In America's Heartland

Journalist Sarah Smarsh grew up in what she calls a working-poor family in south central Kansas. Her new memoir, Heartland, is out Tuesday. It’s a look at Smarsh’s childhood through the lens of the national politics and the forces of poverty.

KMUW’s Beth Golay talked with Smarsh at our studios.

Beth Golay: This book is getting a lot of national attention and I'm reading it as somebody who grew up 10 miles away from you.

So did you have an audience in mind when you wrote it? 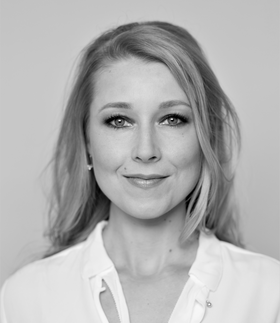 I always feel somehow inadequate as a writer that my honest answer is, "No." Because this seems to go against most writing advice particularly in more journalistic veins to, quote-unquote, "know your audience." [I] never had a particular audience in mind. My mission is always to sit down and write what feels true to me. The hope is that it will speak to all sorts of people. I do love and have a particular satisfaction about the fact that people who are from around these parts will recognize very tangible touchstones from their own childhoods and day-to-day lives that have maybe never been acknowledged in some sort of creative work that's being talked about at a broad level.

When you started writing this at 22 what prompted you to do so?

Let me go back even much earlier than that. If I'm completely honest, I knew that this book was my intention and my hope that it would exist was just kind of a ever present piece of my life back to, like, I don't know, age 8. So my Grandma Betty, who is a main character in the book, has memories of me saying to her, "Grandma, someday I'm going to write a book about you." I knew that she had led an incredibly wild and amazing and unusual life in some ways. Well, that's how I saw it then. That was relative to my friends who had more kind of traditional families. So I wanted to tell her story initially and I kept myself out of it. I wouldn't even use the first person. And then people who read it were like, "You know, this really finally comes to life when you give us a little hint of your own personal ownership of the story and the place." Later then, working as a journalist, I'm understanding how, OK, all these private stories that I understood were compelling just in a very personal way as a human being, now I see how all of these big forces at work in the country shaped those private stories, and that's very interesting to me as someone who is concerned about the social good. So I started then kind of folding in some of the bigger picture of the policies and laws and statistics and ideas at work on a national level that in many ways shaped the story of my family.

The subtitle mentions "working hard and being broke in the richest country on earth." When you grew up did you have an understanding that your family was working-poor?

Absolutely not. Even now ... it doesn't feel right to me to say, "I grew up poor." I understand that, you know, since I write about class I have an understanding of our national discourse and the way that these things are all relative. And yes, to most people who read this book, that would be an accurate assessment. But I can hear in the back of my mind my own family, you know, maybe raising an eyebrow at that like, "Really? You think that was poor? Because to us poor is like if you don't know where you're gonna sleep that night or where your next meal is going to come from."

There were a couple of, you know, the most precarious moments of my childhood that had an edge of that. Like, I changed schools a lot, and so sometimes there were just kind of glitches bureaucratically. In fifth grade, somehow my free lunch that I qualified for didn't make it into the system at my school and I was too embarrassed to telling the teachers and somehow no one noticed I didn't eat lunch for most of fifth grade. So that is a feature of our economic status, certainly, but it's not the same thing as not even being able to access food because of poverty. So that's a long way of saying no, I did not think of myself as poor. 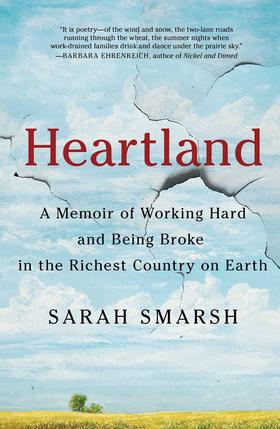 To borrow the words of your grandfather, after writing this book, "ja learn anything?"

That's a question, as you know, my Grandpa Arnie himself would have asked and he asks that question several times in the book. I think now though I would say, yeah, I did learn something. It was really about the beauty of my family and the people who raised me who, when I was a very young woman I set out writing this book, I knew they were good people and I knew that they had mistakes and successes and loves and losses just like anyone else, but I didn't understand necessarily why they did the things that they did or made the decisions that they made. Writing a book about the effect of economic struggle on a family really humbled me to the extent to which our external circumstances can cause pain and strife under our own private roofs. And that led me to what I might even call forgiveness in some ways toward people I have always loved but might have also wrongly judged.

Do you have a hope for the book? I mean, I know a lot of people are going to look at this and try to make it about politics or make it about what's happening in Kansas and why we have become like this poster child for...

Basically. But do you have a hope for the book?

My hope is kind of twofold, and it's definitely at the very personal level rather than the political. One is that people whose stories might be somehow reflected or echoed in what I've written who have spent their lives, whose families have gone for generations without feeling seen or heard or validated, that they might read this book and recognize something of themselves or their own life experiences and feel like, "Somebody knows where I came from. Somebody understands what I went through."

So one would be a sense of perhaps validation for some readers and then the other side of that same coin would be a hope that people for whom this place and class and life and experience is utterly foreign might feel like their eyes have been opened to some extent to the deep truths and nuances and complexities of a place that is so often cast as a stereotype.

The Kansas State University Foundation had its second-best fundraising year in history.

The foundation announced Monday that it raised $174.2 million in fiscal year 2018.

The Kansas Food Bank is expanding.

Construction is set to begin this week on a 21,000-square-foot addition to the food bank’s existing warehouse near downtown.

Brian Walker, president of the food bank, said the current space doesn’t have enough room for the food bank’s nearly 5,000 yearly volunteers -- a number, he said, that continues to grow.

The $5 million expansion will include a space for the volunteers, who currently work in the main warehouse.

Kansas State University announced plans to upgrade facilities for each of its 16 sports programs.

The $230 million-plus master plan was unveiled by Athletic Director Gene Taylor on Friday. The school said the projects will be financed through private donations.

The largest of the projects is an $85 million renovation of Bramlage Coliseum, the university's 30-year-old basketball stadium. This project will include a new grand entry and ticket office, along with space for a K-State athletics hall of fame.

Finding health and human services help in Kansas is now as easy as sending a text. The United Way of the Plains launched a new texting option for its 211 information helpline.

Here is how it works: all you need to do is send a text to 898211 with your zip code. A call center operator will answer the text and get more details about the situation.

Those empty jobs worry educators because they force schools into workarounds, such as larger class sizes or long-term substitutes. They can also reduce class offerings and lessen support for special-education students.

Janet Waugh represents Kansas City, Kansas on the State Board of Education. She calls the situation heart breaking.

A division of the American Library Association voted unanimously Saturday to strip Laura Ingalls Wilder's name from a major children's literature award over concerns about how the author referred to Native Americans and blacks.

The Association for Library Service to Children says the Laura Ingalls Wilder Award will now be known as the Children's Literature Legacy Award.

While Kansas is often the topic of jokes – including its appearance in National Lampoon’s Vacation – the small Kansas town of Coolidge, near the Colorado state line, has become a popular stop for westward travelers.

As The Wichita Eagle reports, Coolidge is one of those towns you can drive through – on gravel roads in this case - in less than a minute. And in the National Lampoon movie, was painted as “Hickville, USA.”