Janelle DuBree didn’t need statistics to see that foster kids are traumatized. The evidence was spilled, smashed and smeared all over her kitchen and down the hallway.

Two of the younger girls she took in, on one of their first nights in her Emporia home, raided the kitchen around 2 a.m. Eggs were cracked and trailed everywhere — on the floor, the countertops, the side of the refrigerator. Her carpet was soaked in bright red Hawaiian Punch.

DuBree adopted the girls, now 7 and 9, from a place where food wasn’t always available. So when it was plentiful, they took out and ate everything they could.

Another of DuBree’s daughters, adopted out of Texas in September 2007, was abused in her birth home and subsequent foster homes.

Psychiatrists said that left her often unable to trust anyone. She still frequently runs away from home — especially in the summer, which triggers bad memories.

“That’s a pretty common story,” said Jim Orwig, a therapist who works with foster children and their families in southeast Kansas.

Kids wounded by significant trauma use whatever tools they can — hoarding food, running away, withdrawing emotionally — to impose order and a sense of safety on their lives.

Even in a safe, adoptive home, it can be hard to shed those defensive instincts. The state and its contractors promise parents help — psychiatrists, counseling, case workers coaching families through heart-breaking challenges.

But it simply can’t keep up.

A road map for kids in care

When kids land in foster care, a case planning conference for everyone involved in the child’s life — foster parents, attorneys, case workers, DCF, maybe a therapist or someone from the kid’s school — aims to hash out what they need.

That becomes a road map for the child’s stay in foster care.

The state helps adoptive families, too. They don’t get the money and coaching devoted to foster homes. But since 2013, the Department for Children and Families has insisted contractors make sure adoptive parents get various forms of backup, at least until the child turns 18.

The agency acts as go-between. Adoptive and foster parents call its abuse hotline when they see behavior that, on the surface, doesn’t make sense.

That’s a chance to steer the family to a mental health therapist, or point it toward local adoption support groups. The call might prompt the dispatching of a DCF worker trained to walk a family through crisis — and spare everyone the prospect of moving a child to yet another home.

“DCF literally broke that contract with us”

DuBree and her truck driver husband, Will, have seen plenty of challenges. They adopted 16 children from the Kansas and Texas foster care systems, bringing their total to 19 kids. 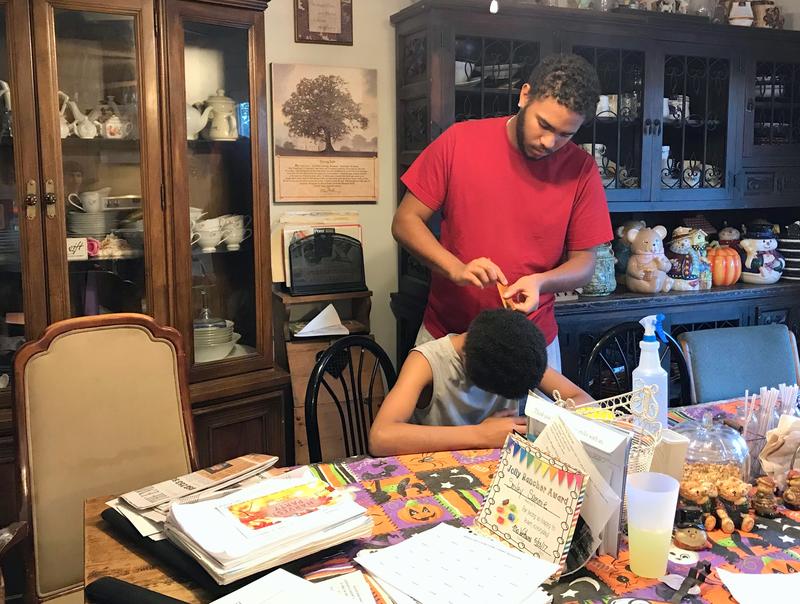 With their adopted daughter working through the trauma of sexual abuse by a foster father, though, phone calls for advice, and even regular therapy and medication, weren’t enough.

When the girl ran away in October 2016, the DuBrees secured a bed for her at a residential psychiatric facility. They figured taking her there would give her the intense help and supervision they couldn’t offer.

DuBree also told DCF her daughter had run away, exactly where she was, and about the services they were planning for her when they got her home. Police picked her daughter up and put her into protective custody.

Within a few days, the DuBrees stood before a judge, expecting to have the girl returned to their home. Janelle DuBree said the family didn’t bring a lawyer to court because she and her husband were expecting it to be a formality. They’d get the girl back, and then bring her to the residential facility.

Instead, DCF took the girl into custody and placed her in a Topeka foster home that wasn’t equipped to provide the kind of mental health care she needed.

Six months passed. On one front, the DuBrees were working to get the adopted daughter out of foster care. On another, they fought to get the care she needed.

From the month after she was taken into care, that plan included concerns that she wasn’t getting mental health services in the DuBrees’ Emporia home. But their insurance records show regular therapy appointments and medication refills in the year before she was taken into foster care.

In Topeka, she was far away from the therapists she’d seen in Emporia. And when Janelle DuBree checked insurance records during her daughter’s foster care stay, they showed only two therapy appointment charges, an intake session and a missed appointment fee.

The DuBrees began taking her back to Emporia on family visits for the same therapy services she’d gotten before DCF removed her.

Near the end of the girl’s stay in foster care, DuBree noticed that her daughter’s medication hadn’t been refilled for months — meaning she had essentially quit an antipsychotic medication cold turkey without a doctor’s order. 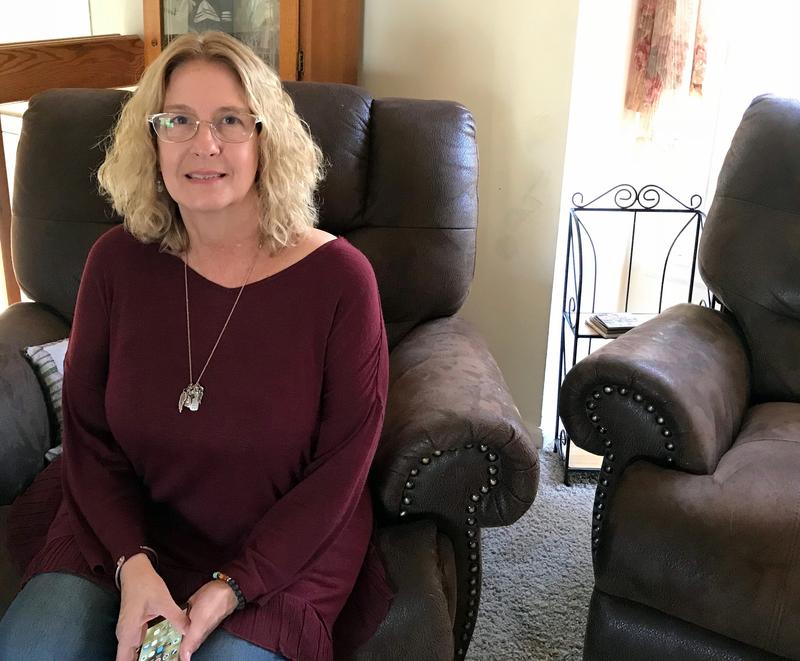 The girl’s prescription was picked up by her social worker in March, just before she was returned to the DuBrees’ Emporia home in April.

Janelle DuBree said she reads DCF’s policy manual every time it’s updated. She highlighted the section outlining post-adoption finalization services, and its promise of services to “assure the stability of the adoption” as needed for as long as the children stay in that family. That policy wasn’t in place for most of the DuBrees’ adoptions — including their older daughter’s — but DuBree says it outlines what the state welfare agency should provide to parents.

“DCF literally broke that contract with us,” DuBree said.

“It could still happen right now”

Foster parents are supposed to make sure kids are getting the services outlined on their case plan. If they don’t, DCF Secretary Gina Meier-Hummel said, that becomes the contractors’ responsibility.

In a successful case, she said, everyone works together to make sure kids are getting their needs met. For example, if a foster parent can’t take children to their appointments, the social worker might chauffeur.

Yet the system faces more cases than it can keep up with. Between a skyrocketing number of kids in care — more than 7,500 as of March — a shortage of social workers and shuffle between contractors and subcontractors, it’s not very hard for a kid to slip through the cracks.

Could the same thing the DuBrees encountered happen again?

“Yeah, absolutely. It could still happen right now,” Meier-Hummel said. “Are we heading to a place where I think it'll be less likely to happen? Yeah, I think in the future it will be much less likely.”

The agency has asked for more money to ease some of the strains on the foster care system. Some funds would go toward family preservation — things such as drug counseling, anger management, parenting classes — so kids don’t have to be pulled into foster care in the first place.

Other money would raise salaries for DCF’s social workers. That could make it easier to hire new people and keep experienced hands in the agency.

Meier-Hummel said DCF is also talking with other state agencies and community organizations to strengthen community mental health services, again so kids can be taken care of closer to home.

But the agency head said the system still needs work. A lot. In the meantime, it’s getting more stressed, as the number of kids in care steadily rises. 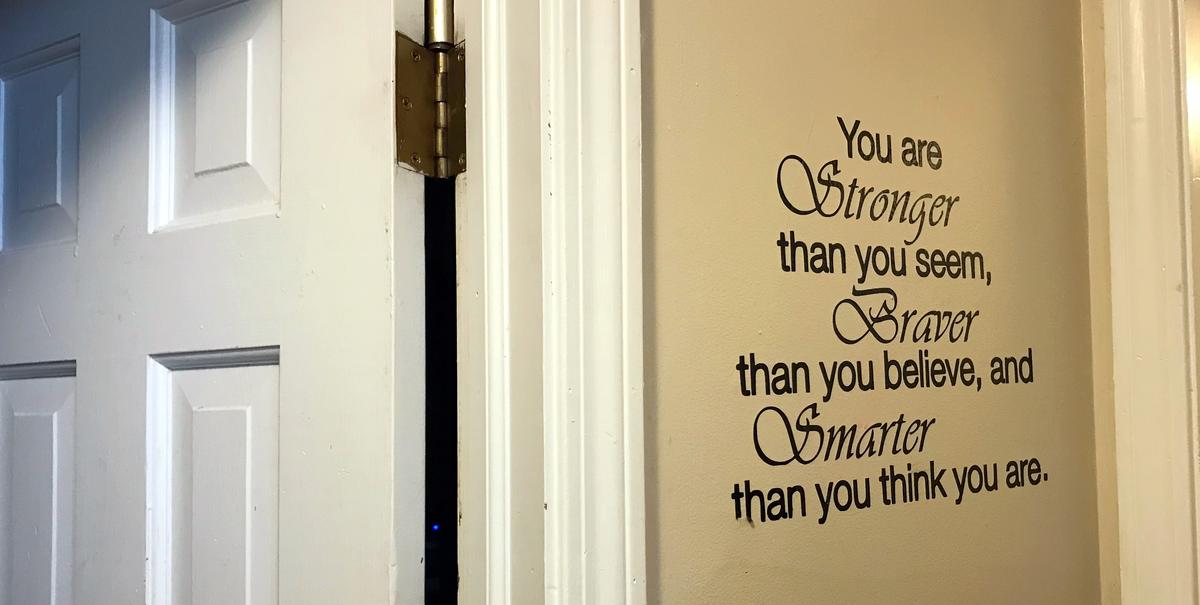 A family picks up the pieces

Access to services in times of crisis can be essential for treating symptoms. But Orwig, the therapist, said those services have to be more consistent to address the root problems. Foster kids need to be able to form a trusting relationship with someone they know they will see regularly.

“It's kind of like parenting —  a consistent relationship with somebody who really cares about the kids,” he said.

Neat, happy endings don’t come easily. The DuBrees got their troubled, adoptive daughter back a year ago. Since then, she’s been in and out of hospitals and treatment centers.

The girl needed intensive treatment before her stint in foster care, DuBree said. More than six months in foster care without medication or regular counseling only made things worse.

“One of the worst things DCF can do is take that child out of the home,” DuBree said, “take that stability away from that child.”

Madeline Fox is a reporter for the Kansas News Service, a collaboration of KCUR, Kansas Public Radio, KMUW and High Plains Public Radio covering health, education and politics. You can reach her on Twitter @maddycfox. Kansas News Service stories and photos may be republished at no cost with proper attribution and a link back to the original post.

The Kansas Department for Children and Families is opening up child protection services jobs to people who aren’t licensed social workers.

Kansas Lawmakers moved Tuesday to make a bill to release information about the deaths of children in state custody more transparent.

In response to several high-profile cases where a child had been brought to the attention of the Department for Children and Families and later died, the bill requires the agency to release information about kids who die as a result of abuse or neglect.

A bill before Kansas lawmakers says faith-based child agencies should not be required to place children in families if it conflicts with the religious values of the organization.

The private groups currently can choose not to serve some people, such as single parents or same-sex couples.

Kansas lawmakers are considering creating a watchdog based outside the state’s child welfare agency, but with access to inside information.

A bill to create a child advocate to review the Department for Children and Families comes after years of horror stories of abused children who ended up injured, missing or dead.

The move comes in the wake of reports last October, when the Department for Children and Families was run by Phyllis Gilmore, that the agency had lost track of three sisters who’d run away from a Tonganoxie foster home.

The new head of Kansas’ troubled child welfare agency got a unanimous vote of confidence from a legislative committee Friday.

Even the agency's staunchest critics think Gina Meier-Hummel will sail through a confirmation vote from the full Senate to head the Department for Children and Families.

“I can’t imagine that she will” face any serious opposition, said Sen. Laura Kelly, a Topeka Democrat running for governor, and one of several lawmakers who called for the ouster of Meier-Hummel’s predecessor, former DCF Secretary Phyllis Gilmore.

A call sets it off.

One of Kansas’ two foster care contractors learns another child has landed in state custody. It has four hours to pick the kid up.