RELATED: Here's What The National Endowment For The Arts Pays For In Kansas And Missouri

"While it’s such a tiny fragment – less than one half of one hundredth of one percent of the federal budget – the cascade effect of the loss of funding for these two agencies would be devastating for the arts community," Stein says.

“The arts are larger than the trucking industry, if you look at the total impact of the GDP for the United States," he adds. "So this is a significant part of the economy, with 4.7 million people employed in the arts across the country. While it seems like a relatively tiny amount of money that the federal government funds to the NEA and NEH, the impact is exponential.”

The Mid-America Arts Alliance administers NEA grants and programs in Missouri, Arkansas, Nebraska, Oklahoma, Texas and, up until this fiscal year, Kansas.

And as the headquarters for NEH on the Road, it is the nation's hub for travel-sized exhibitions created with NEH funding. 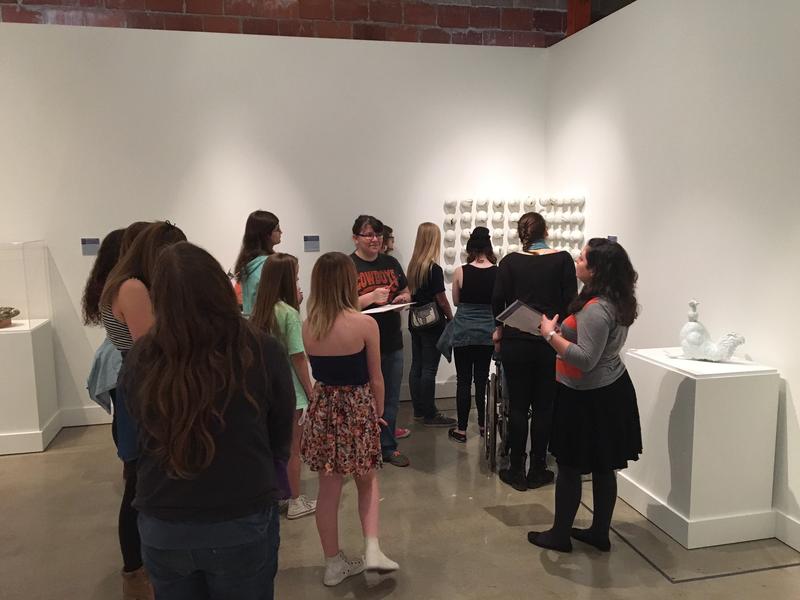 Stein says 67 percent of NEA and NEH funding, programming and services within the region goes to cities with populations of less than 100,000 people, and 25 percent of those resources go to communities with fewer than 10,000 people.

"So the impact of the funding from NEA and NEH," he says, "is felt in small, rural communities throughout United States."

Stein says he went to Washington to meet with Missouri Sens. Claire McCaskill and Roy Blunt and Rep. Emanuel Cleaver in January, during those elected officials' regularly scheduled meetings with constituents.

Those efforts will continue, Stein says, but M-AAA will also intensify its efforts with citizens.

"This is a moment for us to work with our constituents, locally, regionally and nationally to provide advocacy materials and hopefully create some grassroots advocacy nationally. Our hope is that through the collective feedback from Americans all across the country, we’ll at least continue to have funding for the NEA and NEH," he says.

"On a larger basis, there’s obviously going to be strategic advocacy that takes place with those members of both the Senate and House Interior Appropriations Committees," Stein says, "since they’ll have a strong voice in allocating funds, hopefully, for both of those agencies."

C.J. Janovy is an arts reporter for KCUR 89.3. You can find her on Twitter, @cjjanovy.