Unlike 33 other states, Kansas still hasn't expanded its Medicaid program under the Affordable Care Act.  The decision would pay for the health care of thousands of people who don’t currently meet the program’s stringent eligibility requirements.

The state’s program, KanCare, pays for the health care of 400,000 low-income Kansans — mostly children, pregnant women, and elderly or disabled citizens.  It costs the state more than $3 billion a year.

Currently, KanCare doesn’t cover people who fall into the so-called “coverage gap.”  Their incomes are too high to pass the state’s stringent Medicaid eligibility guidelines, but they make too little money to qualify for the Affordable Care Act’s subsidized insurance premiums.

Those benefits are only available to households that make over 138 percent of the federal poverty level — $25,100 for a family of four.  Some do meet income requirements, but they don’t meet another eligibility guideline, like being disabled, under 19, elderly or pregnant.

They’re not eligible for Medicaid, and if they apply for health insurance through the federal marketplace, they’re on their own with no government financial assistance.

Expansion would allow them to apply for coverage through KanCare, as long as their household incomes are below 138 percent of the poverty line, and regardless of whether they meet other eligibility requirements.

Supporters say that could be a lifeline for the state’s most vulnerable residents and helps them avoid emergency room visits by giving them access to more suitable care.

“This gives them access to not just health care, but the right care,” said Cindy Samuelson, a vice president of the Kansas Hospital Association.

The issue has long been under debate.

Democrats and some moderate Republicans have argued for years that expansion would bring more health care dollars into the state economy, creating medical jobs and filling a coverage void that could keep the doors open at small, rural hospitals.

Conservatives continue to resist. They argue expansion squanders federal tax dollars and saddles Kansas taxpayers with an obligation to pay for an increasingly large share of that government health insurance.

“As much as we all want to try to provide a solid safety net for people, we have to weigh that against other priorities in state government,” said James Franko, vice president and policy director of the Kansas Policy Institute.

A bipartisan majority in the Legislature voted in 2017 for expanding Medicaid, but then-Gov. Sam Brownback vetoed it.  Brownback, a Republican, said in a statement that he opposed the bill in part because of its cost and because it didn’t require recipients to work.

Gov. Jeff Colyer, also a Republican, served as lieutenant governor in Brownback’s administration and has followed his lead in supporting Medicaid work requirements and opposing the Affordable Care Act — including expansion.

The 2018 governor’s race will decide the issue in Kansas for years to come.

“The governor is extremely important,” said April Holman, executive director of the Alliance for a Healthy Kansas, who advocates for expansion. “If we don’t have a governor who supports expansion, we probably would have a similar result to what we have had in the past.”

Here’s what you need to know about each candidate’s stance. 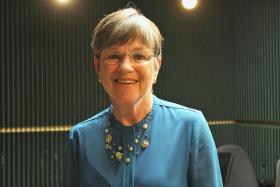 Kelly voted in favor of the Medicaid expansion bill that went through the state legislature in 2017.  Her position hasn’t changed.

On her campaign website, Kelly promises to “advocate for and sign legislation to expand Medicaid in her first year.”

Rural facilities, such as the recently shuttered Mercy Hospital in Fort Scott, often struggle to cover operating costs while treating areas with higher-than-average proportions of elderly, poor and disabled residents.

In a statement, Mercy Hospital cited “declining reimbursement, especially from government payers which make up the largest source of revenue” as a major reason for closing.

“Most of them are small, most of them have some economic challenges in terms of being able to even recruit adequate staff and physicians there, because of the medical shortages that plague rural areas,” she said.

Samuelson said hiring new doctors, nurses, administrative staff and other workers can have a ripple effect on the rest of the economy.

“That nurse is going to also shop at the grocery store, and get gas, and utilize the bank, and have a home, and all these other things that stimulate other jobs in the economy,” she said.  “Maybe they'll have kids in school and there's another teacher.” 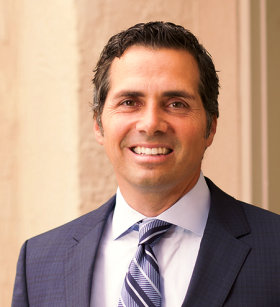 The independent candidate told the Kansas News Service he wants to encourage recipients to work by ensuring they’ll still get Medicaid at higher income levels.

“We send a terrible message to people in Kansas who are working and not making a lot of money, which is, ‘If you get sick, quit your job,’” he said.  “Ultimately, we need to be building pathways to allow people to improve their lives, not creating these very perverse incentives.”

A platform paper published on Orman’s campaign website argues that expanded Medicaid could attract workers from out of state.

“Someone making $13 per hour in a family of three in Colorado gets healthcare coverage as part of their decision to work in Colorado,” Orman’s paper reads. “That same person in Kansas gets no health care coverage unless an employer provides it. Given the shortage of workers in Kansas, this puts us at a significant disadvantage.”

Holman said more medical coverage could also attract employers to the state, and not just in the health care industry.

Orman proposes covering the remaining 10 percent through taxes on the health care industry, which he expects will bring in larger profits due to expansion. 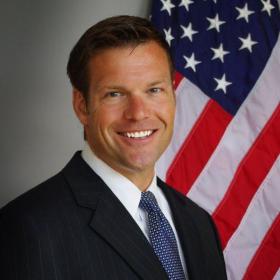 Kobach joins his Republican colleagues in opposing Medicaid expansion, calling the policy too expensive and unrealistic.

His campaign website does not have a section for health policy, but Kobach has mentioned his opposition to the Affordable Care Act in numerous speeches. He’s promised to ask President Trump for waivers to exempt Kansas from Obamacare requirements.

“The better approach is to do something smart, and look at whether we can spend that money effectively,” Kobach said at a debate at the Kansas State Fair in September.

Kobach, however, has not addressed how KanCare would cover needs like nursing home payments and home care, which comprised 39 percent of KanCare expenditures in 2016.  Direct primary care doesn’t cover emergencies, hospitalizations or specialized care, which don’t fall under the umbrella of “primary care.”

The Kobach campaign has not responded to repeated requests for further information on the plan, although Kobach told the Kansas News Service that he plans on testing the idea with a pilot program in one county or region before expanding it statewide.

“I anticipate it would create a significant amount of savings and it would be very favorably received by the KanCare patients who use it,” Kobach said. “Where direct primary care has been used in the private sector, the doctors love it and patients love it.”

The original version of this story included a typographical error. Kansas has not expanded Medicaid.

Nomin Ujiyediin is a reporter for the Kansas News Service, a collaboration of KCUR, Kansas Public Radio, KMUW and High Plains Public Radio covering health, education and politics. You can reach her on Twitter @NominUJ.

Kansas News Service stories and photos may be republished at no cost with proper attribution and a link back to the original post.

The five candidates for Kansas governor faced off at a forum Tuesday night in Wichita.

It was a rare opportunity for independent Rick Kloos and Libertarian Jeff Caldwell to share a stage with the three major candidates — Republican Kris Kobach, Democrat Laura Kelly and independent Greg Orman.

Take a look at the Kansas budget and one item looms large, eating up more state spending than anything else.

Schools swallow about $4.5 billion. That spending rose after an infusion of cash by lawmakers earlier this year in response to a court ruling in a long-running fight over whether state government does enough to support public education.

Trump In Topeka: Vote Republican Unless 'You're Tired Of Winning'

Fresh off a victory that cemented his latest, controversial pick on the nation’s high court, President Donald Trump came to Kansas on Saturday night hoping to transfer his popularity in the state to two fellow Republicans.

Trump arrived just hours after Brett Kavanaugh was sworn in as a justice on the U.S. Supreme Court — the most contentious appointment to the court in generations. Trump was in regular rally form, playing to an adoring crowd of some 10,000 thrilled supporters at the Topeka Expocentre.