Tune in to Classical Music Amarillo this week to revisit a program performed by the Harrington String Quartet in April of 2021.

On the program this week, we will hear string quartets by both Felix Mendelssohn, a German composer of the 19th century, and Ernst Dohnanyi, a Hungarian composer whose career spanned the 19th and 20th centuries. Felix Mendelssohn wrote his String Quartet in E-flat Major, Op. 21 in 1829 when he was just 20 years old while traveling around Europe on a “Grand tour”—a privilege enjoyed by many young men of Mendelssohn's social status. Having studied in Bratislava and Budapest, Dohnanyi composed his String Quartet No. 3, Op. 33 in 1926, nearly 100 years after Mendelssohn penned his Op. 21 quartet. 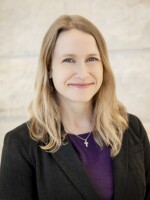