SciFiles: What's Next In Clean Energy? 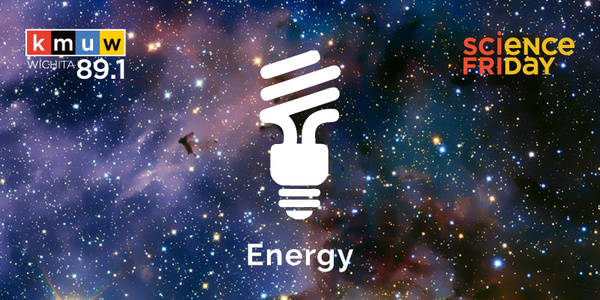 In 2007, America’s electricity sources were much more diverse than those in Kansas. Less than half of nationwide electricity was generated from coal, with almost equal amounts of natural gas and nuclear power. Kansas, meanwhile, relied on a less diverse mix, with nearly 80 percent of the state’s power coming from imported coal.

But, at the same time, Kansas was generating more than double the national average of wind energy: 2.5 percent. That 2.5 percent might sound small, but it was a significant factor in beginning the clean energy economy in Kansas.

Now, fast forward 10 years and Kansas is ranked 5th in the nation for wind energy generation. Thanks to investment in infrastructure like transmission lines, more efficient wind turbine technology and state and federal renewable energy policy, the wind industry has generated more than $10 billion dollars for the state economy.

At the end of 2017, Kansas will have 31 wind projects developed by 18 different wind companies. The developments have the capacity to generate more than 5100 MW of wind power – enough energy to power 3.4 million homes. Approximately half of the wind energy in Kansas is now exported – a financial benefit for the whole state. Landowners and counties receive more than $25 million annually from wind leases and donations.

The renewable energy market is changing. Today, the majority of wind energy is purchased by utility companies like Westar and Kansas City Power and Light. In the next decade, customers will include large institutional and commercial industries, which are set to dramatically increase their purchases of wind energy.

If we get the state policies in place, Kansas should be a leader in clean energy development.

Dorothy Barnett is with the Climate and Energy Project.

As The Wichita Eagle reports, according to a first-quarter report from American Wind Energy Association, Kansas will reach 5,000 megawatts of wind power generation capacity this year, behind only four other states – Texas, Oklahoma, California and Iowa.

This week Kansas will dedicate two new wind farms, one in Kingman County and one in Pratt County, reports The Wichita Eagle.

Together, the two farms will generate 400 megawatts of electricity—enough to power 100,000 homes. That’s enough clean energy to power five cities the size of Hays, Kansas.

Most of the power will fall under the purview of Westar Energy, which also recently completed a large wind farm in Ford County.

While winds were blamed for spreading wildfires that raged across parts of the High Plains in early March, they are also being credited with boosting wind power’s share in High Plains states, including Colorado.

As The Denver Post reports, solar and wind power for the first time accounted for 10 percent of a month’s electricity generated in the U.S.

From Dust Bowl to turbines, the value of the wind has changed for Kansas farmers

Vic Thomas’ family has always wrestled with the wind.

Born in 1934, Thomas knows the stories of the Dust Bowl days that blew across the family farm near Montezuma. He recalled how his mother would put up wet towels along the windows to help keep the dirt from coming through the cracks.

Even in the 1950s, when Thomas was farming full-time, he battled the wind and drought, which, thanks to better farming practices, wasn’t as bad as his father's Depression-era farming.

In his 82 years of life on the Kansas High Plains, Thomas still lives with the wind.

Oklahoma ranks third in the nation for installed wind power capacity, thanks in large part to a tax incentive that is soon coming to an end.