Immigrants in Texas are committing fewer crimes proportionally than natural-born citizens, according to a new report from the Washington, D.C.-based Cato Institute.

Researchers with the libertarian think-tank used 2015 data from the Texas Department of Public Safety to measure the criminal conviction and arrest rates of three groups: illegal immigrants, legal immigrants and native-born Americans.

They found the conviction and arrest rates for both types of immigrants were lower than those for natural-born citizens. 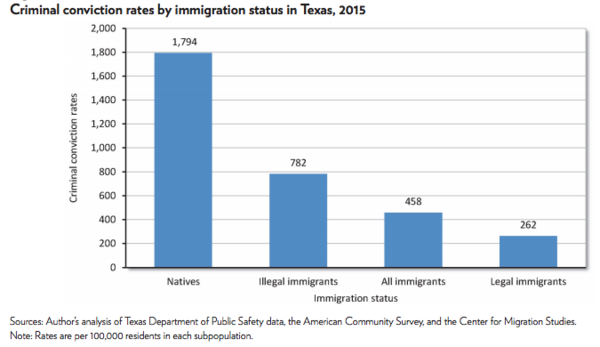 The study also broke down the rates of convictions and arrests by homicide, sexual assault, larceny and other crimes.