The U.S. trade war with China has created a financial burden for farmers and companies that import Chinese goods. Consumers, on the other hand, have mostly been spared from the conflict.

That could all change if this month’s negotiations between the U.S. and China don’t go well.

An analysis by the New York Federal Reserve estimated consumer prices overall are about 0.3 percent higher than they would be without the tariffs. President Donald Trump wants to narrow the trade deficit and protect American technology, but if there’s no deal by March 1, a 10 percent tariff on thousands of Chinese imports will more than double to 25 percent.

At that point, suppliers and retailers who admit they’ve been absorbing the cost of the tariffs will likely be forced to push the cost toward customers.

“At 10 percent you can come to a very minimal change, at 25 percent it becomes a different deal,” said Irv Blumkin, CEO of home furnishings chain Nebraska Furniture Mart.

The largest round of U.S. tariffs against China came in September — a 10 percent import tax was imposed on thousands of products. Many of them are chemicals and raw materials, but the list also includes household items ranging from tools and auto parts to shampoo and cosmetics. 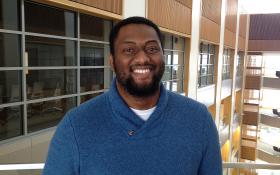 “I can’t stress to you how much companies care about maintaining (price) stability,” said Uche Jarrett, a professor of international economics at the University of Nebraska-Lincoln. “It drives their profit margins. It drives their estimates for the future. Whenever there is a change, there’s a lot of uncertainty that follows.”

“The idea is the higher the tariffs, the more you make consumers flip over,” Jarrett said. “But if those prices aren’t changing then you’re not going to get the desired effect that you want.”

Retailers like Nebraska Furniture Mart are bracing for March. Blumkin said a 25 percent tariff is more than suppliers can absorb, so it’ll raise prices for many of his company’s products like carpet and leather furniture.

Manufacturers could move production out of China to countries like Vietnam, Malaysia or Mexico, but Blumkin said there’s a limit to that strategy.

“I mean, China is a powerhouse when it comes to producing things for our industry,” Blumkin said, adding that he is concerned higher tariffs could sour consumer confidence. After the government shutdown and recent stock market volatility, he said shoppers are more likely to hold onto their money.

“You know, they hear the news every day and they see some of the uncertainties that are going on and I think that impacts how people think,” Blumkin said.

Importers are not the only businesses trying to work around the tariffs. Manufacturers whose products are made in the U.S. are trying to manage extra costs that can be traced back to the trade dispute. 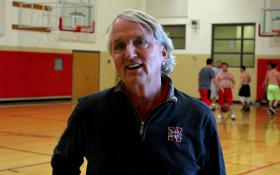 “Since we compete against a fair number of companies that do buy offshore, you would think we would benefit from (the tariffs),” said Cusick, whose company is based in Lincoln, Nebraska. “We’re supposed to be the winners.”

Instead, after the U.S. announced tariffs on imported steel in March 2018, the price for American steel went up as much as 50 percent, Cusick said. The company had to raise prices for 2019 to cover the cost.

“We passed as much as we thought we were comfortable with without losing market share. But the end users — the schools, the consumers on the residential basketball side of our business — they’re the ones that are getting hit. So it’s kind of counterproductive,” he said.

And depending how the talks go with China, more businesses like Bison may have to bring customers off the sidelines of the trade war and into the game.

After a year that saw persistently low prices for many agricultural products — exacerbated by the retaliatory tariffs imposed on U.S. goods — farmers are eager for a recovery in 2019.

Pork producers have been working within the trade-war parameters since China imposed a hefty tariff in April. Northeast Iowa pig farmer Al Wulfkuhle said the sudden drop in Chinese demand for U.S. pork turned what had started as a promising year into a challenging one.

Mike Pompeo, the U.S. Secretary of State and a former Kansas congressman from Wichita, spoke about some of the key issues he is dealing with as the country’s leader of foreign policy during a brief interview Thursday with KMUW.

In January 2018, a handful of farmers at a major Iowa pork industry gathering attended a session on the threat of foreign animal diseases. A year later, several dozen people showed up, spurred by the march of African swine fever across China.

“This risk of African swine fever is real,” veterinarian Craig Rowles told the crowd at the Iowa Pork Congress. “And as producers, we need to be very cognizant of that.”

Swiss Meat and Sausage has been butchering animals and selling meats in a small, unincorporated east-central Missouri town for 50 years. Co-owner Janice Thomas wants to expand, and to do that, she’ll need more business from out-of-town customers.

“If there is one place that has some room, it’s with our online ordering,” she said.

The community of Swiss has minimal internet access: It’s not high speed, and it’s unreliable.

What's Open, What's On Hold For Food And Ag During The Government Shutdown

Updated Jan. 22 with Farm Service Agency reopening — The long tentacles of the partial federal government shutdown are reaching especially deep into food and agriculture. Here’s an update on some of the impacts now four weeks into the longest shutdown in history.

Study: Climate Change Will Affect Soybeans In 2 Ways That Cancel Each Other Out

Rising temperatures and carbon dioxide levels could have opposing effects on nutrients in soybeans, according to a new study.

More than 240,000 guestworkers, many from Mexico, work on U.S. farms for several months each year as a part of the federal H-2A visa program. This year, farmers and industry associations worry the ongoing government shutdown could impede the workers’ arrival.

But the visa program, which is overseen by no fewer than three U.S. government agencies, including the Department of Labor and the Department of Homeland Security, is unimpeded. That’s according to officials from the Office of Foreign Labor Certification and United States Citizen and Immigration Services. Both of those agencies are fully funded.