The Uncertain Future Of Soybean Futures

Farmers know every year they’re going to encounter surprises from things out of their control, like drought or pests.

This year, great growing conditions led to a bin-busting soybean harvest, but a tit-for-tat exchange of tariffs with China meant that country went from being a major buyer to virtually ignoring U.S. soybeans.

That’s caused prices to drop, leaving U.S. farmers and grain elevators struggling to store soybeans until prices or demand improves. Those factors threaten to undermine the soybean futures contract, and federal regulators have until Dec. 10 to review a proposed solution to the problem.

While this might seem like an arcane aspect of farm finances, consumers benefit from the futures market. Many of the processed foods we eat contain soy, but your grocery bill isn’t changing much during this trade war. That’s thanks, in part, to the futures market.

A futures contract is an agreement made in advance to either provide a product or pay off the contract on a certain date. 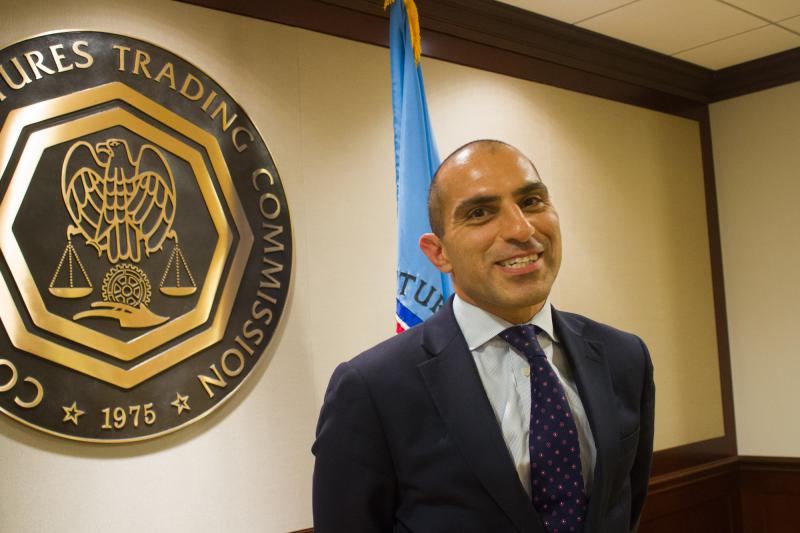 Individual farmers aren’t likely to deal with it beyond monitoring prices, but grain elevators do. They’ll use futures contracts to manage sales and get good deals throughout the year, allowing them to pay farmers a more consistent price and protect them from big drops.

“Futures markets originated in the agricultural industry,” said Russ Behnam, a commissioner with the Commodity Futures Trading Commission, the federal regulatory body. “And they are meant as a price discovery and risk-management tool.”

Large market players can use the futures market to participate as both grain buyers and sellers. Their actions in the futures market are the opposite of what they do in the cash, or physical, market. Harvest Public Media produced this explainer video that details how it works. One key thing is that it brings some stability to the market, which elevators pass onto the farmers who supply the crop.

Benham said the system protects farmers if the price for their crop changes significantly during the growing season.

“The futures contract will act as a sort of counterpoint to the actual physical planting,” he said.

If the cash price — which farmers are paid on the day they deliver grain — drops, those losses will be offset by gains on the futures side. That’s a big simplification, but it speaks to the fundamentals. And this system works as long as the cash price gets pretty close to the price in the futures contract as the expiration date approaches. 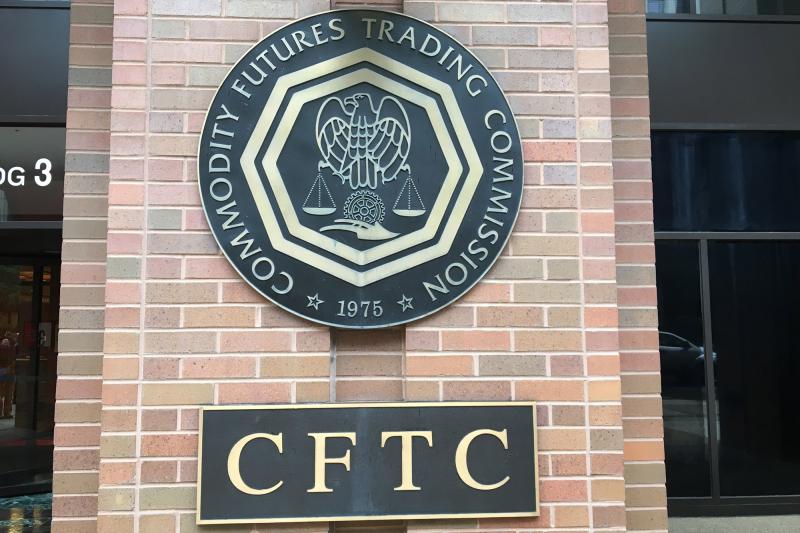 University of Illinois agricultural economist Scott Irwin said when the narrowing of the gap between the futures and cash prices, which is called convergence, isn’t on pace, “Houston, we have a problem.”

Economists could see this problem coming for months; in September, one called the soybean futures contract “precarious.”

“Think of it as trying to squeeze the air out of a balloon,” Irwin said. “If you squeeze it at one end, it’s going to show up somewhere.”

Without convergence, the futures contract fails and farmers’ risk is no longer managed. They could lose a lot of money.

The role of storage rates

The futures contract isn’t exclusively about the price per bushel. It costs money to store a crop, which a futures contract must account for because it needs to offer a realistic representation of what’s happening in the physical market.

A year ago, before the trade war, the CME Group, which manages the soybean futures contract, was considering changing the storage rate for soybeans because it didn’t reflect the actual cost.

“Indeed, it was concerning for me when the trade war started and tended to escalate,” said Fred Seamon, CME Group’s executive director of research and product development for agricultural commodities, “and I knew that we would see issues sooner than what we would have otherwise.”

Parts of the Midwest are now practically out of storage space, increasing the cost even more.

Although this problem was anticipated, fixing it isn’t simple or quick, because the futures market is closely regulated. The CME Group has proposed an increase in the storage rate and is waiting for a green light from the Commodity Futures Trading Commission.

The CFTC will issue its decision by Dec, 10, but even if approved, the change won’t go into effect for more than a year.

By then, the trade war could be over. Or maybe U.S. farmers will grow fewer soybeans, or other countries will commit to buying more.

Some observers say market-based responses like that will resolve the problem, not changes to the soybean futures contract. But Seamon says the proposed changes are not meant as a quick fix.

“We’re changing to a rate that represents the true cost and that will be a relevant new rate whether we have a trade war or not,” he said. 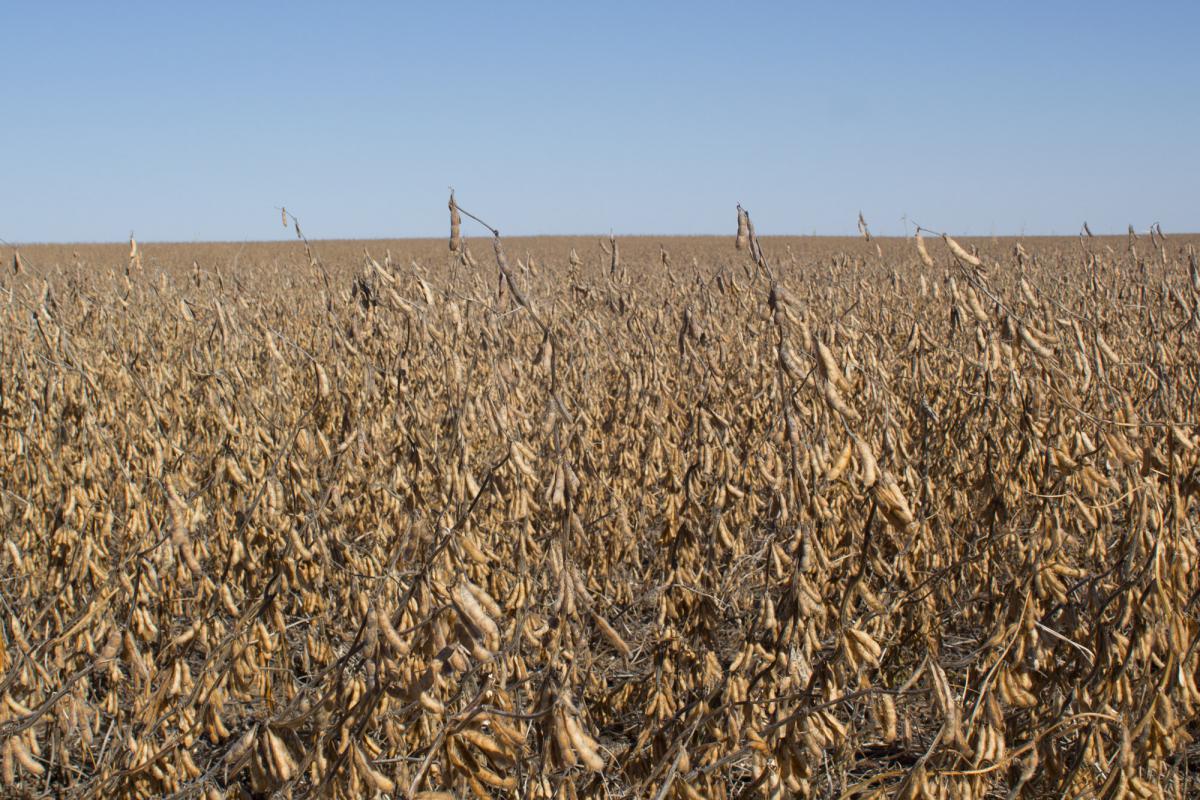 The corn and soybeans growing in Glenn Brunkow’s fields in the rolling Flint Hills north of Wamego, Kansas, got some much needed rain recently and look healthy.

Brunkow has reason to expect a good harvest, but the way things are looking globally, he’ll lose money on the crop. Trade disputes with China, Mexico and Canada threaten to slash U.S. food exports by billions. About half the soybean crop goes overseas, most of that to China — and since mid-April, soybean prices have plunged about 20 percent and corn about 15 percent.

Farmers look to soybean exports as path to profitability

As farmers face their fourth straight year of declining incomes, soybeans are offering a glimmer of hope.

As Reuters reports, China’s demand for soybeans is providing a narrow path of profitability for U.S. farmers but fierce competition to supply China threatens the bottom line for U.S. growers, and 2017 prices, which are slightly higher than 2016 prices, are still projected to be 50 cents per bushel lower than they were three years ago.

An international study published in the journal, Nature Communications, reports that harvests in the United States are likely to shrink by a between one-fifth to half their current sizes due to rising temperatures over the next century.

Rural America is Growing, But Only Near Big Cities And Scenic Areas

For the first time in seven years, rural America’s population is growing.

The annual U.S. Department of Agriculture report “Rural America at a Glance” found the increase — only 0.08 percent — mainly in scenic rural areas like the Rocky Mountains, more densely populated rural areas and rural communities that are within about an hour’s drive of a major city. Essentially, places where people still have access to urban amenities or can go hiking, biking, fishing or skiing.

The high-desert town of Palisade, Colorado, is synonymous with fresh, locally grown peaches. Years ago, thousands of migrant workers would flock here each year in August to harvest the fuzzy fruit. But today, on its narrow dirt roads, Bruce Talbott drives a truck loaded down with 9 tons of wine grapes.

After 10 years of consistent gains, the number of immigrant families enrolled in SNAP, or the Supplemental Nutrition Assistance Program, fell by 10 percent in 2018.

New, preliminary research presented this month at the American Public Health Association conference showed the drop was highest for for families who had been in the U.S for fewer than five years. It’s a reflection of what Harvest Public Media and other outlets reported earlier this year: that some families are choosing not to participate in federal benefit programs out of fear it could impact their immigration status.

Watch: How the futures market keeps your grocery bill down

At the grocery store, processed foods like cereal, crackers and candy usually maintain the same price for a long time, and inch up only gradually. Economists call these prices “sticky” because they don’t move much even as some of the commodities that go into them do.

Take corn, for example, which can be a major food player as a grain, a starch or a sweetener.