Which Side Are You On? When It Comes To Farm Bill Politics, The Lines Blur

Partisan politics may meet its match in the 2018 farm bill.

The massive legislation, versions of which will be introduced this spring in the U.S. House and Senate, is shaping up to be less about political affiliations and more about finding common ground.

“I don't think we have to apply a party label for most things we have to move forward ... and I have high hopes that we'll be able to do that and rise above the politics that seem to just be overtaking Washington, D.C., these days,” says U.S. Rep Cheri Bustos, a Democrat who represents an ag-heavy part of western Illinois. She sits on the House Agriculture Committee.

The feeling is mutual in the Senate ag committee. The chairman, Kansas Republican Pat Roberts, says there’ll be some haggling between parties, but at the end of the day, “in order to get the farm bill passed, we need everybody to work together … I think we'll be successful.

Bonds also are being forged among interest groups and lobbyists, conservative, liberal and anything in between. The issues vary — agriculture research funding, the Supplemental Nutrition Assistance Program (or SNAP), beginning farmers and ranchers support — but the act of coming together is now just the nature of the beast, says Greg Fogel, policy director for the National Sustainable Agriculture Coalition.

“I guess they're (alliances) not that unusual anymore because it happens pretty much every cycle,” he says. Perhaps the oddest alliances are forming behind crop insurance, which has been in the farm bill for decades and is meant to help farmers in times of catastrophic losses and low commodity prices.  Here, you’ll see Democrats and Republicans from farm country, like Bustos and Roberts wanting to keep the billions-per-year program intact. 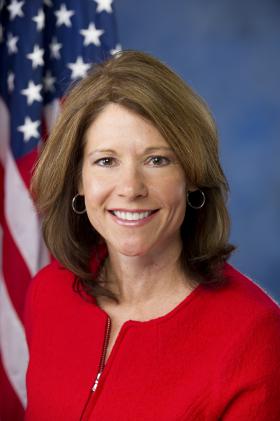 “And now what our family farmers are telling us is that don't fix what's not broken, that the crop insurance is working and it’s working well, and first do no harm,” Bustos says.

The Congressional Budget Office says crop insurance cost the federal government on average $9 billion over the last five years. That type of spending is inefficient and can benefit the wealthiest farmers, according to conservative think-tanks like The Heritage Foundation, Democratic Rep. Earl Blumenauer of Oregon (who is sponsoring an alternative farm bill that would cap all safety-net subsidies like crop insurance at $125,000 annually) and the left-leaning Environmental Working Group.

“We've been working with groups across the ideological spectrum, the left and the right, and I don't know that every group necessarily agrees on every specific policy change,” says Daren Bakst, a research fellow with The Heritage Foundation. “But I think there's kind of a general agreement among many groups that there needs to be significant reforms of the farm subsidies; that the safety net has in fact gone gotten out of hand.”

Think of crop insurance like if you went to Las Vegas and the odds were in your favor instead of the house, says Vince Smith, director of agriculture policy at the American Enterprise Institute, a think tank that backs free-market policies.

“You never want to give people incentive or through public policy to waste resources,” says Smith, who also is a professor at Montana State University and co-authored a report about this topic in 2017.

But Roberts, who’s worked on seven farm bills in his time in the House and Senate, is pretty confident where this contentious section of the bill is headed, especially at a time when farm income has dropped for the last three years.

“It's a debate we'll win,” he told Harvest Public Media. “Every farm organization, every commodity group, every small community bank or for that matter, any bank or any lending institution Farm Credit (Services), all the rest — know that farmers have to have crop insurance.”

Another tent under which groups who normally push disparate policies gather is the Supplemental Nutrition Assistance Program, or SNAP.

Bakst, with The Heritage Foundation, applauds House Republicans’ ability during the last farm bill cycle, in 2013, to pass legislationthat separated SNAP from the farm bill. It didn’t make it to President Obama’s desk, however, and Bakst says the fight isn’t over.

“I expect it to be a big issue. It's a procedural step and it's not a substantive change, it's a process change … the whole point of doing it is so that legislators are accountable for their actions and their votes so that they can't hide behind one or the other program,” he says.

That kind of talk worries Fogel, with the National Sustainable Agriculture Coalition. He says the place where the coalition sees the broadest support is in keeping “a unified farm bill … that's the nutrition community, the conservation community, the ag and farm communities, research communities and others.”

But Fogel and the others can rest easy, says Roberts, who is very direct about the possibility of separating SNAP.

Other areas of commonality 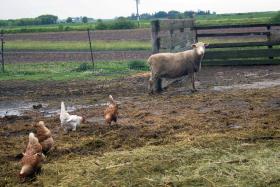 The support comes “in part because everyone is looking at the same Census of Agriculture data that says that the average age of farmers is approaching 60 and we simply are not recruiting enough young people into agriculture for this sector to be sustained,” he says.

There’s another broad coalition of divergent views that has petitioned to change the research title in the farm bill and double the amount of U.S. Department of Agriculture money that’s put toward research. Smith, with the American Enterprise institute, also suggests this would be a good investment, saying the U.S. spends more on safety net programs than research that would benefit consumers.

“That's how out of whack, if you like, our current farm program policy has become,” Smith said. (The institute is not among the groups petitioning for change.)

Top of mind for both Fogel and Bahrenburg is the quickness with which Congress — a body that hasn’t been able to push through as many bills as thought possible with a Republican majority under President Donald Trump — will be able to get the farm bill done, especially during a midterm election year. The current farm bill expires Sept. 30, and several programs aren’t funded beyond that, things like the Beginning Farmer and Rancher Development Program and the Organic Agriculture Research and Extension Initiative.

Roberts acknowledges the challenges that lie ahead. But the 81-year-old, who is working on his seventh farm bill, has enough experience to know that the politics behind this legislation comes down to one thing.

“We want everybody that's involved in agriculture, and that's a whole bunch of people, to saddle up and ride in behalf of this farm bill once we put it together,” he says.

Of course, it’s early in the process, as neither bill has been introduced, and factions can always fracture.

There’s an eerie silence among aging farmers but that doesn’t mean they aren’t struggling.

As Politico reports, in recent months, lawmakers introduced legislation to make sure young farmers have their voices heard in the next farm bill.

Many rural businesses and farms will benefit from the tax overhaul passed Wednesday by Congress. But there’s a catch: If the changes fail to spur economic growth as intended, programs that rural areas rely on could be on the chopping block.

One provision in the massive bill, which President Trump has yet to sign into law, allows small business owners to deduct 20 percent of their business income. It also expands the deduction for small business investment — a popular provision among farmers, who can write off the cost of things like a new tractor.

There are a lot of players in farm bill discussions nowadays, and as Politico reports, all of them - in one way or another - are related.

On the sidelines of the UN General Assembly Tuesday, Elise Golan, sustainable development director at the USDA, said the farm bill is flawed in that it segregates by topics such as nutrition, trade, conservation and horticulture.

Work On New Farm Bill May Last Into 2018

U.S. House and Senate lawmakers are still months away from passing a new Farm Bill. The legislation, which governs an array of federal agricultural and food programs, is set to expire in 2018.

Roberts says his goal is to get the bill passed in October, or at the very latest, early next year.

As The Dodge City Globe reports, Roberts appeared at High Plains Journal in Dodge City Tuesday to give a legislative update where the longtime senator told those on hand that the president referred to him as ‘Farm Guy’ during a recent meeting concerning crop insurance.

Roberts said another reason he met with Trump was to discuss exports – namely peanuts and cotton.