Controversy over the icons of the state of Oklahoma were not limited to the state tree.  In 1893, fourteen years before statehood, Mistletoe was adopted as the territory's flower.  Although, tiny and short-lived, the evergreen leaves and glossy white berries made it a favorite of settlers.  The issue some folks couldn't seem to get around was that mistletoe is a parasite.

Trying to satisfy both schools of thought, the Indian Blanket was declared the State Wildflower.  Indian Blanket is a winner in many flower gardens.  It sports multiple red-orange and yellow blooms from May to September.  That still didn't calm those who felt a parasitic plant was not an appropriate representation of the state.

A solution of sorts was reached in 2004 when the Oklahoma Rose was given the designation of official state flower.  One of the most fragrant of hybrid tea roses, the Oklahoma rose is dark red, nearly black velvet in warm weather.  Long pointed buds open into huge, fully double blooms that are extremely fragrant with wonderfully strong, sweet old rose perfume.  Not to be forgotten, Indian Blanket remained the official state wildflower, and what became of Mistletoe?  It was given the designation of state floral emblem. 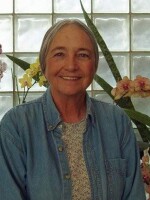