Kansas House members on Tuesday overwhelmingly rejected a bill that would have increased the amount they could get from campaign donors.

House Bill 2011 would have doubled the amount that individuals, political parties and political action committees could donate to candidates in races for everything from the House and Senate to the governor. But the House voted it down 22-101.

Rep. Brandon Whipple, a Democrat from Wichita, said he voted against the measure because it would make it harder for candidates who don’t have wealthy friends to get elected.

“We should be opening up the field as a citizen legislature, so that people don’t have to have a whole Rolodex full of millionaires that they can call to max out just to compete,” Whipple said.

Supporters of the bill said the contribution limits haven’t kept up with inflation and it’s better to encourage people to donate to candidates who have to declare their contributors publicly rather than “dark money” groups that don’t.

Rep. Keith Esau, a Republican from Olathe, introduced the bill.

“I think this actually helps people who want to run against us because they can raise more money,” Esau said.

David Kensinger, a lobbyist and Gov. Sam Brownback’s former chief of staff, told the Topeka Capital-Journal this week that he favors no limits on individual donations, because that would allow incumbent candidates to spend less time fundraising.

Clay Barker, the executive director of the Kansas Republican Party, testified for bill, which also would have doubled the contributions the state party can accept.

But Rep. Jeff Pittman, a Democrat from Leavenworth, said the Legislature risked seeming tone-deaf if it devotes time to increased campaign contributions just months after an election when the state is facing big budget deficits.

“The timing of this bill might not be the best,” Pittman said.

Andy Marso is a reporter for KCUR’s Kansas News Service, a collaboration of KCUR, Kansas Public Radio and KMUW covering health, education and politics in Kansas. You can reach him on Twitter @andymarso. Kansas News Service stories and photos may be republished at no cost with proper attribution and a link back to kcur.org. 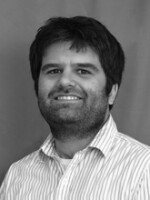 Andy Marso
Andy Marso is a reporter for KCUR 89.3 and the Kansas News Service based in Topeka.
See stories by Andy Marso