Kansas voters had a choice between reelecting the only Democratic incumbent governor in a state where Donald Trump won in 2020 or a Republican challenger who's aligned himself with the former president.

With more than 95% of the votes tallied, Kelly had about 49% of the vote to slightly less than 48% for the Republican. Schmidt won by wide margins in smaller rural counties, but Johnson County’s voters gave Kelly a 50,000-plus-vote edge he wasn’t able to overcome.

Statewide, she was holding onto a margin of slightly more than 14,000 votes out of more than 975,000 ballots cast.

Kelly’s victory means Democrats can block some of the more conservative bills passed by the Republican-dominated Legislature — particularly efforts to further restrict abortion.

The state’s voters rejected a constitutional amendment in August that would have made a ban possible, but conservative lawmakers still could have tested just how far the state’s high court would allow regulations to make abortions more difficult to obtain in the state.

Kelly stopped just shy of claiming victory late Tuesday, but she left her supporters on an optimistic note.

“There are just a few more votes that need to be counted,” she said. “And I believe once they are counted, we will win.”

On Wednesday, Schmidt conceded that "absent any development, it appears the race is over. Therefor, I congratulate Gov. Kelly on her apparent reelection and wish the best for our beloved state during the next four years."

Six members of the Kansas Supreme Court were up for retention. Abortion opponents had targeted several of them, but they all held onto their positions on the high court by comfortable margins.

Kelly might have been helped by state Sen. Dennis Pyle, a former Republican, who ran as an independent. He called Kelly and Schmidt both liberals and presented himself as the true conservative on the ballot.

Pyle had 2% of the vote. Libertarian Seth Cordell had 1%.

Kelly is the first gubernatorial candidate in Kansas in the last 36 years to survive the state’s seeming ire toward the sitting president. Not since 1986 — nine governor elections ago — has Kansas elected a governor of the same political party as the man in the White House at the time.

In the run-up to the election, Kelly argued she led the state out of a budget crisis that followed the tax cuts and government service rollbacks pushed through by her Republican predecessors, Sam Brownback and Jeff Colyer.

She presented herself as a middle-of-the-road moderate and a business-friendly leader who lured Panasonic’s $4 billion electric vehicle battery plant to the state.

But Schmidt blamed her for inflation and painted her as a liberal in step with President Joe Biden. He argued Kelly should have done more to make life for Kansans more affordable, like cutting more taxes.

He also promised to sign conservative bills passed by the Legislature that Kelly vetoed, including a ban on transgender girls from girls' sports.

However, Kelly often attached Schmidt to Brownback because he was the state’s lawyer who was required to defend many of Brownback’s policies in court.

During a debate, she outright dared Schmidt to say Kansas was better off prior to her election in 2018, when the Kansas Legislature struggled to pass a balanced budget as the state saw its tax revenue dwindle under Brownback’s tax plan.

“Do you really think we were better off under Sam Brownback than we are now?” she asked Schmidt during a debate in Hutchinson.

In her first year as governor, Kelly and state lawmakers fully funded schools after the Kansas Supreme Court ordered them to do so. She also contends state revenues are much healthier, allowing the Legislature to build budgets without taking funds from other areas, like roads and highways, to cover costs.

Kelly also takes credit for the food sales tax cut, which she and Schmidt both proposed late last year. The Legislature passed the cut in the spring and Kelly signed it into law. The phase-out begins in January and the tax is set to be completely gone in 2025.

Then there’s Panasonic. She and Lt. Gov. David Toland pushed for a new law that lets the state provide massive incentives for businesses to bring megaprojects to Kansas. That eventually led to Panasonic picking Kansas over Oklahoma for its new electric vehicle battery plant. The company recently broke ground on the project.

Kelly argued she would keep Kansas on the same upward path.

“I will build on our foundation,” Kelly said in a campaign video, “and grow the economy through strategic investments we know work.”

Her vision for a second term zeros in on making life more affordable for Kansans. Kelly wants to do that by cutting taxes.

She calls on the Legislature to fully eliminate the food sales tax, which is currently set to phase out over the next couple of years. She also promises to cut taxes on necessities, like diapers and women’s hygiene products. Kelly will need the Republican-dominated Legislature’s help to get those done.

Those conservative lawmakers will continue to be a force to reckon with. But Kelly says she’ll remain a roadblock for the Legislature's most conservative plans.

Take abortion, for example. Kelly supports access to abortion. But the Republican supermajority in the Legislature backed the constitutional amendment that would have said the state doesn’t have a protected right to abortion. It would have opened the door for a total ban. In August, voters overwhelmingly rejected it.

“People realize you can go too far and policies can be too extreme,” Kelly said in an interview before the election. “And that’s not what the mainstream wants.”

Dylan Lysen reports on politics for the Kansas News Service. You can follow him on Twitter @DylanLysen or email him at dlysen (at) kcur (dot) org.

Blaise Mesa reports on criminal justice and social services for the Kansas News Service in Topeka. You can follow him on Twitter @Blaise_Mesa or email him at blaise@kcur.org.

Rose Conlon reports on health for KMUW and the Kansas News Service. You can follow her on Twitter at @rosebconlon or email her at conlon@kmuw.org.

Kansas News Service stories and photos may be republished by news media at no cost with proper attribution and a link to www.ksnewsservice.org.

This story has been updated to reflect the Associated Press calling the race for Kelly.
Tags
Kansas News Service

Dylan Lysen
As a Kansas political reporter, I want to inform our audience about statewide government and elected officials so they can make educated decisions at the ballot box. Sometimes that means I follow developments in the Legislature and explain how lawmakers alter laws and services of the state government. Other times, it means questioning those lawmakers and candidates for office about those changes and what they plan for the future of the state. And most importantly, it includes making sure the voices of everyday Kansans are heard.
See stories by Dylan Lysen 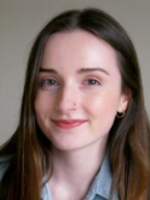 Rose Conlon
Rose Conlon is a reporter based at KMUW in Wichita, but serves as part of the Kansas News Service, a partnership of public radio stations across Kansas. She covers health, the social determinants of health and their connection to public policy.
See stories by Rose Conlon

Blaise Mesa
As a criminal justice and social service reporter, it's my job to ensure the systems designed to help people are working as intended. Thousands of Kansans deal with the criminal justice or foster care systems each day. I strive to hold all agencies and departments accountable for the work they are doing. blaise@kcur.org.
See stories by Blaise Mesa