Kansas Gov. Sam Brownback is expected to leave office early for a diplomatic post, and appears to be passing the torch to Lt. Gov. Jeff Colyer. However, at an ag industry summit in Manhattan on Thursday, Colyer spoke only in generalities.

The lieutenant governor called agriculture the key driver of the Kansas economy. But even in an interview after his speech, Colyer stuck to the theme of listening, rather than saying what he’d do as governor.

“We’ll be laying out a lot of policy things as they come forward here," Colyer says. "Today is just not yet the day.”

Farmers at the summit in Manhattan seemed okay with that. Ron Suppes, from Dighton, is a Kansas Wheat Commission board member.

“I think it’s going to follow pretty well in the footsteps of Sam Brownback," Suppes says. "I think he’s on the right course. He’s had a good mentor there.”

The timeline for Brownback’s exit is unclear, but Colyer has already announced his candidacy for governor in 2018. 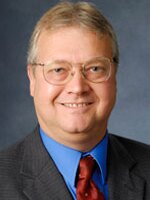