Federal prosecutors have revived an effort to target violent crime in Kansas, this time with a focus on Wichita and Garden City, U.S. Attorney for Kansas Stephen McAllister announced Thursday.

“This is a significant concern of mine and this community’s,” Ramsay said. “We want to do everything we can to reduce violent crime, and it is through collaboratives such as this where we bring strong, dedicated partners to the table to help us focus our efforts on bringing justice to those that are terrorizing this community.”

Project Safe Neighborhoods will host a task force in Wichita to review investigations, identify targets, and strategize for violent crime cases. The task force will also assist Garden City in their efforts to review the prosecution of cases involving repeat offenders, gang members, and drug traffickers.

“When we’re all pulling rope together in the same direction, we will have success,” Ramsay said.

Project Safe Neighborhoods is based on an earlier initiative of the same name that began in Wichita in 2001. McAllister said a change in federal administration has led to new priorities, and that by bringing the effort back into focus, he’s hopeful it will produce “similar, positive results.” 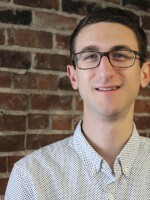 Evan Pflugradt
Evan is a graduate student at Wichita State, pursuing his master’s in journalism after graduating from the Elliott School with a bachelor’s degree in 2017. He has enjoyed exploring Wichita since he moved to the city from Olathe, Kansas, in 2015.
See stories by Evan Pflugradt