Wichita City Council members voted Tuesday to formally denounce one of their colleagues and two other elected officials accused of putting together a false attack ad against the mayor.

The ad, whose claims were quickly debunked, came out ahead of the 2019 general election in which Whipple beat incumbent Mayor Jeff Longwell.

Five members of the council voted to approve a motion condemning the trio’s behavior and expressing support for the investigation the District Attorney’s Office announced Monday. Whipple recused himself from the special meeting; Clendenin abstained from the vote.

Council member Brandon Johnson said he was "extremely disappointed" by the recording.

"Personally speaking, I think that anyone who engages in that type of behavior should not have the honor of representing people in public office," he said. "And I know that, if it were me, I would not stay in this seat."

"We need to focus our campaigns on what we do right for the community instead of spending months and months trying to dig up dirt on people or fabricating things," he said.

"We’ve got to turn this around. We don’t want Wichita known for this."

The council doesn’t have the authority to remove an elected official. The resolution passed Tuesday "demands that Council Member James Clendenin consider the will of his constituents in the City of Wichita’s 3rd Council District as he makes decisions about the future of his term as a City Council Member."

"The voters in [District 3] made their choice for council member Clendenin when they voted for him," said council member Becky Tuttle, "and they are the only ones that are able to change that decision."

The District 3 Advisory Board will hold a special meeting Wednesday night to address the allegations against Clendenin.

In a statement released earlier Tuesday, Clendenin acknowledges his involvement in the recorded conversation, but says he "should not have attended the meeting that has become widely discussed and frequently misunderstood."

He denies "any involvement in the scripting, directing, editing or distribution of the television ad in question."

"Nor did I even know of its existence until after it was produced."

Four county commissioners, the Sedgwick County Republican Party and Republican Congressman Ron Estes have all called for Clendenin, O’Donnell and Capps to resign.

Clendenin, who is serving his second and final full term after winning re-election in 2017, says in the statement he looks forward to "honorably completing" his term in office. 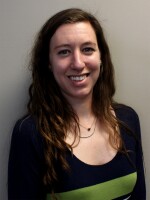