Taos, New Mexico based Don Conoscenti stopped by our Amarillo studios while on the road to talk a little bit out his upcoming project.  Don is currently in the middle of a Kickstarter campaign- you can contribute to his project by visiting doncon.com.  While he was in our studio he played us a couple of tunes that will be on the new record.  He is scheduled for a Living Room Concert in Amarillo in February of 2015.  You can listen to the interview here. 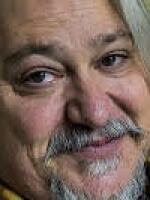