Kavanaugh Effect: Impact Confirmation Process Is Having On Texas Electorate 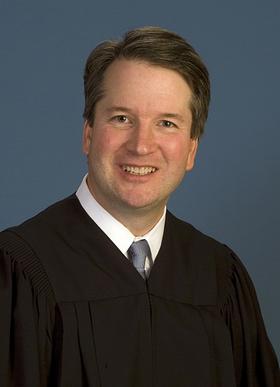 Political experts claim the debate over Brett Kavanaugh’s Supreme Court nomination has only widened the ideological divide among voters, and one analyst is studying how the Texans have responded.

An NPR-PBS NewsHour Marist poll this month shows Republican enthusiasm for the midterms has grown. It is now within two points of Democratic voters who see the race as “very important."

“What we think is happening is people, both on the left and the right, are becoming more solidified in the opinions about Kavanaugh,” said Bethany Albertson, who teaches political psychology at the University of Texas at Austin.

Albertson said the debate over Kavanaugh angered both likely-Democratic and Republican Texas voters.

“And one thing we know about emotion in politics is that angry people tend to vote. Anger is the emotion that tells us both what we are upset about and who is to blame, and with that sense of blame can come political action. And so I would expect this to be a galvanizing event on both sides of the electorate now,” Albertson said.

Albertson predicts statewide and congressional candidates will try to tap that enthusiasm in the last minute push for more campaign cash and greater voter turnout.

Ryan Poppe can be reached at rpoppe@tpr.org or on Twitter @RyanPoppe1

Who Talked To The FBI In The Kavanaugh Case — And Who Didn't?

Administration officials declined to detail who had spoken with investigators, but some of the people involved, or their lawyers, have talked on their own about whether or not they have given interviews to the FBI.

The FBI Is Going To Investigate Kavanaugh After All. What Does That Mean?

A wild turn of events on Friday flipped a new FBI investigation into Supreme Court nominee Brett Kavanaugh from a long shot into a sure thing.

That was one result of an eleventh-hour agreement among the members of the Senate Judiciary Committee after a contentious session of offstage horse-trading.

The panel voted to recommend the embattled Kavanaugh to the full Senate on the condition that the final floor vote not take place until after the FBI conducted a background investigation into allegations of sexual misconduct confronting the nominee.

The Texas Education Agency has finished presenting its argument challenging a Department of Education ruling that threatens to strip millions in special education funding from Texas schools.

The Department of State Health Services and the Texas Medical Association both called for Texans to get their flu shots as soon as possible. Texas Health Commissioner John Hellerstedt said Monday he would like to see everyone immunized by the end of October.