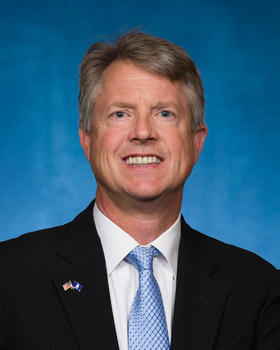 Marshall cruised to victory over his Democratic opponent Alan LaPolice. He picked up 68 percent of the vote to LaPolice's 32 percent.

Marshall, a physician from Great Bend, entered Congress in 2016 after narrowly defeating three-term Rep. Tim Huelskamp in the primary, as well as LaPolice in the general election.

This was LaPolice's third election defeat in the 1st district. He lost a close Republican primary race to Huelskamp in 2014. In 2016, he ran an unsuccessful independent campaign against Marshall.