Have you heard words like “brain drain” and “Podunk” used to describe rural communities? Those of us who’ve chosen to remain in rural areas or small towns have always been offended by the stereotypes. “Rural by choice” is a more apt description if you ask me. Recently, studies have shown that the trend of people leaving for urban areas has started to reverse itself. Today, about 60 million people, or one in five, live in rural America. Why is that?

I’m Kathleen Holt for the HPPR Radio Readers Book Club. Our 2022 Fall Read – Rural Life Revisited will explore the challenges as well as what it is about rural life that captures our imagination. We’ll be reading Sherwood Anderson’s Winesburg, Ohio, Annie Proulx’s That Old Ace in the Hole – set in the Texas Panhandle – and the nonfiction How the Post Office Created America by historian Winifred Gallagher.

The facts? Rural communities had the highest share of inbound moves during the first half of 2021. Small towns and “micropolitan” areas were next in line. In general, rural areas are sparsely populated, have low housing density and are some distance from urban centers. Rural areas form 97% of the land mass of the U.S. but hold only 19.3% of the population.

While it is true that we account for only 10% of the U.S. gross domestic product, rural areas provide crucial sources of water, food, energy, recreation and with 97% of America’s land mass, we hold most of the country’s vital natural resources.

Those of us on the High Plains should think about the fact that – according to the Brookings Institute – just over 35% of the total U.S. rural population lives west of the Mississippi River with only 10% of that population living in the West.

In 2018 and 2019, NPR commissioned a study “Life in Rural America” by the Robert Wood Johnson Foundation and the Harvard T.H. Chan School of Public Health to better understand the economic and health issues facing rural America. Despite identified concerns about the economy, opioid and drugs, rural Americans were found to be largely optimistic about the future and their lives.

Compared to adults nationally, rural Americans were satisfied with their quality of life, saw their communities as safe, were civically and socially engaged and believed that they could make a difference in their communities. Of course, the studies also identified challenges such as financial insecurity, trouble accessing affordable, quality health care, lack of high-speed internet access, housing problems, and isolation/ loneliness.

A Brookings study based on the 2020 Census suggested that rural communities are far more diverse in rural America than previous demographics have indicated. “Contrary to the dominant narrative that uses ‘rural’ as a synonym for ‘white,’ 24% of rural residents in 2020 were people of color.” While not as diverse as the nation as a whole – 42.2% people of color – our rural diversity is increasing, although there is much demographic diversity in our diversity which is highly regionalized and complex.

We do know that the High Plains changes have been driven by Latino immigration, much of which has been driven by jobs in meatpacking plants, on farms, or in construction, oil and gas. Our communities and schools are populated by Latino businesses, students and homes. In fact, some rural regions have found immigration to be a “demographic lifeline.”

So, whether you reside in Amarillo, in the country itself, in Hays, Garden City or Dodge, or in one of the county seat towns that dot the High Plains, it’s possible that your life is influenced by rural life. I’m Kathleen Holt in Cimarron, Kansas.

Join us as the Radio Readers Book Club launches the 2022 Fall Read – Rural Life Revisited. BookBytes begin August 8 and will air each Monday, Wednesday and Friday during Morning Edition and All Things Considered.

What is Rural America?
https://www.census.gov/library/stories/2017/08/rural-america.html 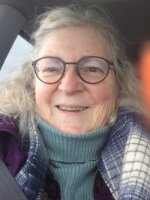