Legislative staff estimated the increased fee would raise about $108.6 million next fiscal year and $144.6 million in fiscal year 2019. The new money would first go to offset about $56 million in cuts to reimbursements for most Medicaid providers, which Brownback ordered in May 2016 to close a budget gap. 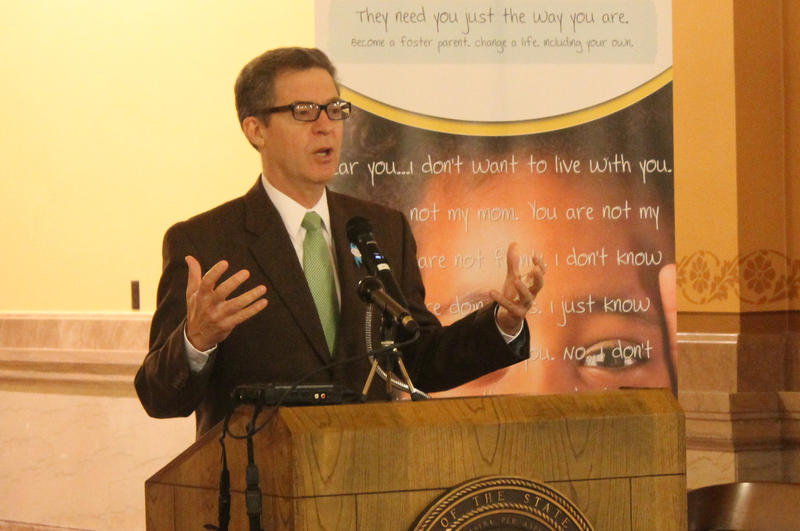 Brownback hasn’t said if he will sign the bill.

The Medicaid cuts threatened access to care if providers decided to limit the number of Medicaid patients they treat, said Cindy Samuelson, vice president of public relations and political fundraising for the Kansas Hospital Association. She said the HMO fee will offer all providers more stability than state general fund dollars have provided.

“This is a better option, we think,” she said.

Blue Cross and Blue Shield of Kansas, Aetna and the Kansas Insurance Department submitted testimony in opposition to a similar bill, which would have made the fee increase retroactive. The new bill delayed implantation to January 2018.

“Moving into 2018, we do not anticipate that the increased fee will impact our members,” she said.

Kansas community mental health centers would be next in line for additional money from the fee increase. They would split an additional $3.5 million in the coming fiscal year and $5 million annually for the next three years, said Kyle Kessler, executive director of the Association of Community Mental Health Centers of Kansas.

The additional money would partially replace the $20 million in state funding that community mental health centers have lost since 2007, Kessler said. With more funding, the centers could treat more people at risk of being sent to a state mental health hospital and address their staffing shortages, he said.

“It would certainly improve their chances of retaining qualified staff,” he said.

Meg Wingerter is a reporter for the Kansas News Service, a collaboration of KCUR, Kansas Public Radio and KMUW covering health, education and politics. You can reach her on Twitter @MegWingerter. Kansas News Service stories and photos may be republished at no cost with proper attribution and a link back to kcur.org.

Legislature Approves A Tax Plan — And Brownback Promises A Veto

On Day 108 of the Kansas Legislature’s session, lawmakers got down to business. They passed a school funding bill that adds nearly $300 million over two years for public education, then they approved a $1.2 billion tax plan.

But minutes after the Senate’s 26-14 tax plan vote, Gov. Sam Brownback said he would veto the package, which would put more than 300,00 small businesses and farmers back on the tax rolls, add a third income tax bracket and restore a number of tax deductions and credits.

A new law will allow Kansas crisis centers to treat involuntary mental health patients for up to 72 hours, but it isn’t clear if lawmakers will fund it.

Gov. Sam Brownback on Wednesday signed House Bill 2053, which allows crisis centers to treat people deemed a danger to themselves or others because of a mental health or substance use disorder. The bill had passed the House unanimously and passed the Senate 27-12 after some amendments.

Kansas is on track to spend less than a third of what it did six years ago on cash assistance and to serve a third as many low-income people, according to a state budget office memo.

Those numbers have been falling steadily since Gov. Sam Brownback took office in 2011, when Kansas began incorporating work requirements for programs like cash assistance and food stamps in an effort to break what the governor described as “cycles of dependency.”

“It has nothing to do with utility bills,” Estes said at the Monday afternoon meeting of the Senate Select Committee on Education Finance.

Senate Bill 251 contains the Senate’s proposed school finance formula and it would levy a $2.25 monthly charge on residential water, electric and natural gas bills. For non-residential customers, the monthly charge would be $10 on each of the three utilities.