For The People Of This Kansas Prairie Town, 'Home On The Range' Is Not Just An Iconic Song

At nearly the exact geographic center of the contiguous United States, it's an hour from the nearest Interstate. It's home to about 1,600 people, but that population is declining like most of rural America's.

They probably think, he says, that "it's just a little hole in the ground." 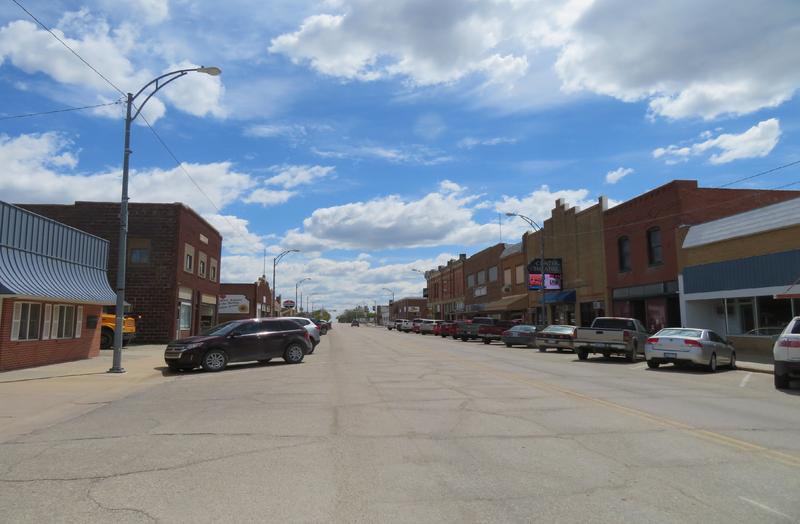 In his dark cowboy hat and leather vest, Holthus is chief visionary and cheerleader for a piece of popular culture that practically defines the American West, something that's internationally famous, right here in Smith Center: The Home on the Range Cabin.

"Home on the Range" as in the chart-topper recorded by Bing Crosby in 1933, then Roy Rogers, Gene Autry, Frank Sinatra, Neil Young, Sesame Street's Elmo and others too numerous to list.

It's a song depicting such an impossibly idyllic version of the prairie (deer and antelope don't play together, for starters) that it might not ever occur to listeners that it's about a real place. 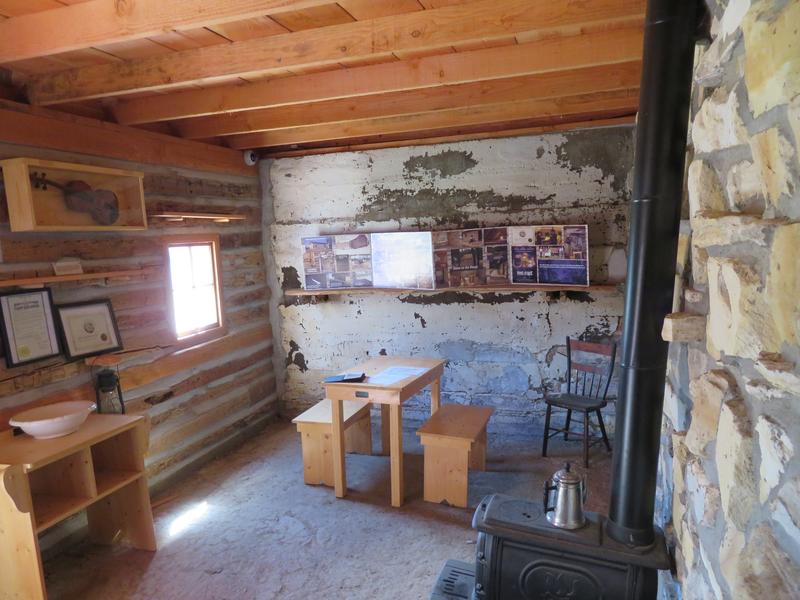 But the song's provenance has been thoroughly and legally verified, which gives Holthus and other Kansans a good yarn to go along with their state song.

In 1949, the Kansas Historical Quarterly published a detailed account of the story, written by then-Kansas Historical Society director Kirke Field Mechem (this information was later preserved by the Library of Congress). After Franklin Delano Roosevelt declared "Home on the Range" to be his favorite song, it exploded in popularity. A couple from Arizona claimed to have written it, and filed a massive copyright suit against music publishers and performers.

Samuel Moanfeldt, an attorney for the Music Publishers Protective Association traveled out West, tracing the song's history to a 1908 recording, made by folklorist John A. Lomax, of a Chisholm Trail rider singing it. 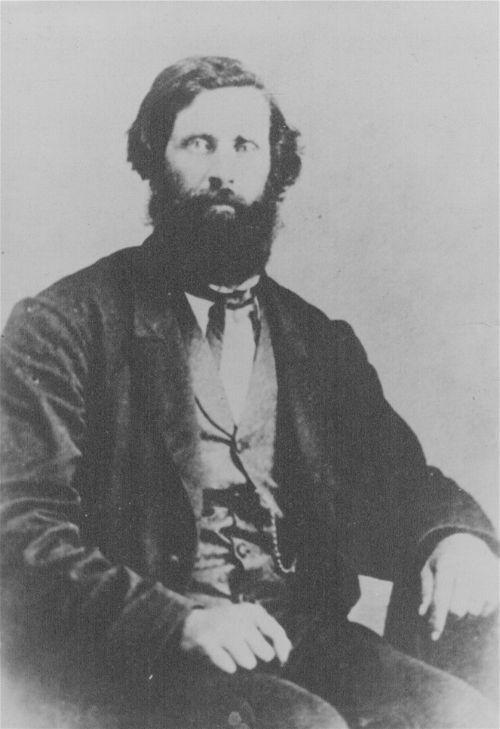 Moanfeldt kept looking farther back, until he came to a poem by a doctor named Brewster Higley, written in 1871 while he was holed up in a dug-out on his homestead near Smith Center. (Higley actually wrote the song a year before he built his cabin, but that seems to be a technicality at this point.)

Higley, who had "an addiction to liquor" (according to Mechem), lost three wives and some children to illness and injuries in Indiana before abandoning his fourth wife there and heading to Kansas, where he appears to have found the peace and quiet that inspired his poem, later set to music by another local man named Dan Kelly.

A few years after writing his poem, Higley married his fifth wife and in 1886 the couple moved to Arkansas; Higley died in Oklahoma in 1911. His homestead eventually ended up as the property of Holthus's aunt and uncle, Ellen and Pete Rust. 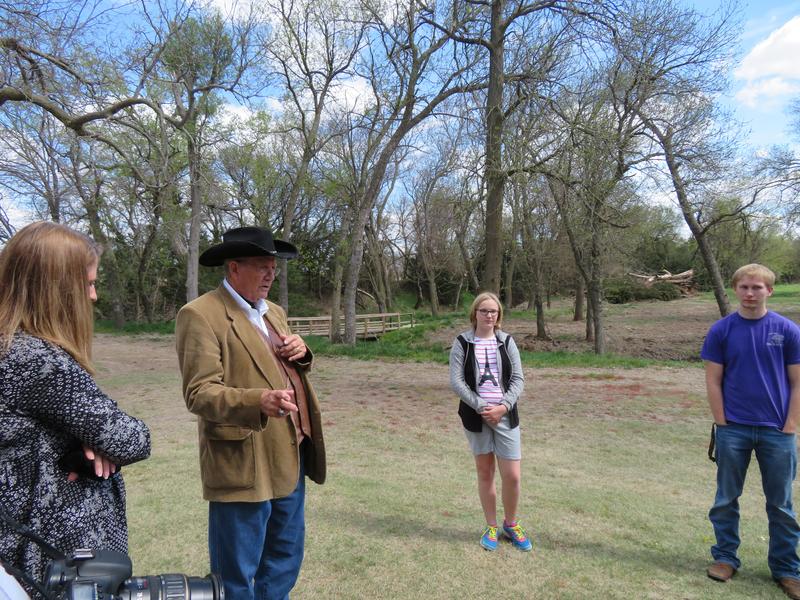 "It was always known in this area that it was the Higley cabin, and that he had written the song," Holthus says. "Then in 1947, the Kansas Legislature made it the State Song of Kansas. That created a new interest. There were times Uncle Pete and Aunt Ellen could have sold it," he says, ticking off the names of attractions such as Knotts Berry Farm in California and Pioneer Village in Nebraska – whose founder, Holthus says, presented his aunt and uncle with a blank check for the place, which they just slid back across the table.

Ellen Rust died in December 2008, and now the property is managed by a non-profit. Over the last few years, Holthus' family members and others in Smith Center have restored the cabin and cleared walking paths around 13 acres of wild, rugged land on the banks of West Beaver Creek.

Now, twenty miles outside of Smith Center, down what's now the official Home on the Range Highway, the cabin's open to visitors every day from sunup to sundown.

Holthus has other ideas for the property, including a shelter house and an outdoor stage, so the community has organized events and concerts by cowboy performers such as Michael Martin Murphey to raise money. 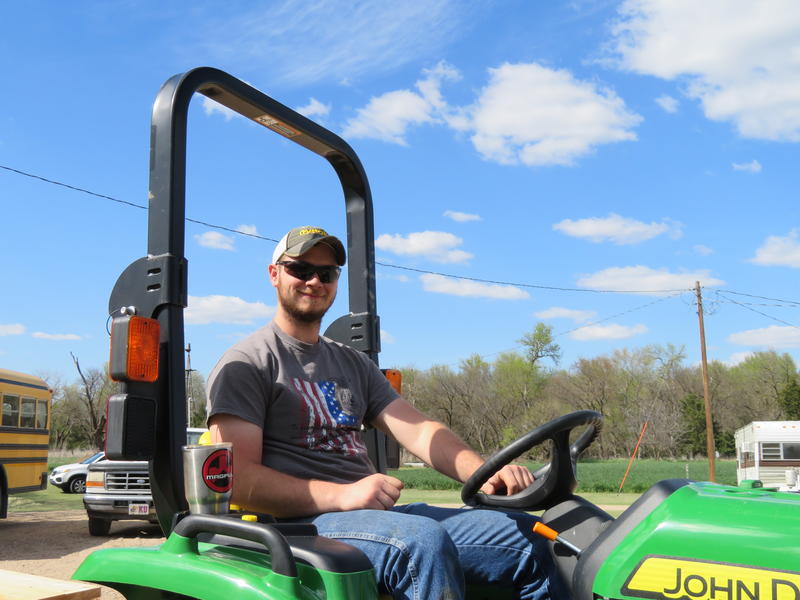 "When you see an entertainer who had been singing the song all his life, and they sing it in that cabin," Holthus says, letting that image hang in the air before taking the performer's perspective: "So you’re singing a song, on a site where it was written, in a cabin built by the author more than 145 years ago."

The people of Smith Center aren't the only ones who know “Home on the Range” is a big deal.

"As a native Kansan, I always knew the song," says Ken Spurgeon, a Wichita-based filmmaker who made a docu-drama about the song's history. But he says he was surprised by how many musicians wanted to be in his movie.

"And whether it was the rock band Kansas, or the Sons of the Pioneers or Michael Martin Murphey, hearing them tell me that they would play the song in Argentina and people knew it when they didn’t know any other American song. Or China," Spurgeon says. "I had a person from Russia tell me they heard it in a Russian bar. A person from Scotland said, ‘Did you know they sing it across the soccer field?’”

The folks in Smith Center know they’re lucky to have a legitimate tourist attraction, which is why they’re raising money and support by hosting more events.

The first annual Home on the Range Spring Celebration this past April included screenings of Spurgeon's film, tours of the cabin, a golf tournament, visits by members of the Kansas City Chiefs — El Dean Holthus' son, Mitch Holthus, is the team's play-by-play announcer — and a barbecue supper at the VFW hall. The McKinney Sisters, a gospel bluegrass trio, provided the entertainment.

Kim Kuhlmann attended many of that day's events. She works at the People's Bank, which is where the cabin's charitable foundation keeps its accounts, so she has a stake in its success.

“It really takes a community to come together and say, 'This is something special we have — you should come see it,'" Kuhlmann says.

Kuhlmann was born and raised in Smith Center, married her junior-high sweetheart and is raising her kids here. She’s been out to the Home on the Range cabin ever since she was little, on school field trips and for other events. 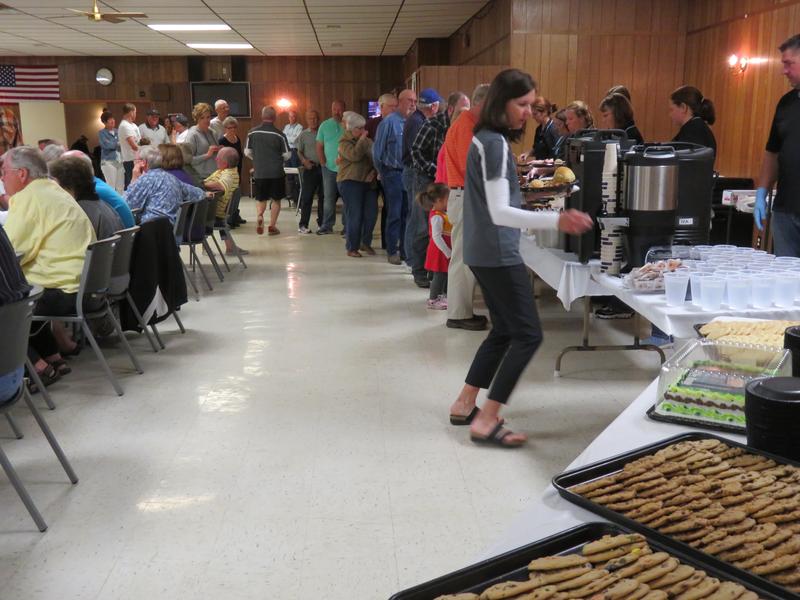 She acknowledges that the song itself might seem a bit outdated, even a little cheesy to some folks. But that's not the point.

“Sit out in a pasture, under the cloudless sky, and listen," she says. "You hear birds chirping. You hear the wind moving, you hear the rustle of animals. During the evening hours when the stars are out, when there are so many stars you can’t count them, it’s amazement.”

It’s also something else.

And that's what made Brewster Higley’s poem a worldwide hit. Because songs about home are universal.

C.J. Janovy is an arts reporter for KCUR 89.3. You can find her on Twitter, @cjjanovy.

This story is part of Artland, a public-radio collaboration reporting on creative efforts that build community in unexpected places throughout the Midwest.

Kansas state song featured in film about its path to popularity

Listen to some "tuneful" history about the Jayhawk state.

What Do People in Your High-Plains State Hate the Most?

What do High Plains folks hate the most?

There’s a new app called Hater that works like Tinder, except it matches users based on common things they loathe.

As The Houston Chronicle reports, according to the app’s users, the most common thing Texans hate is . . . “sleeping with the window open.”

This may come as a surprise, as there are so many things to hate in Texas, like rattlesnakes and poorly constructed tacos.

Starting Saturday, the fine for not wearing a seat belt in Kansas will triple.

Kansas’ current seat belt fine -- $10 -- is one of the lowest in the country. State legislators passed a law this session raising the fine to $30.