Tighter Wastewater Regulations Can Lead To Fewer Earthquakes In The Midwest 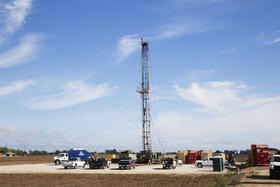 While scientists have gained a clearer understanding of what's causing recent earthquakes in the Great Plains, they haven't reached a point where people can let their guard down. That's according to Heather DeShon, associate professor and seismologist at Southern Methodist University.

"The earthquakes in Oklahoma and parts of Kansas ... have been linked to a process called wastewater injection," she says.

In that process, large volumes of salty, briny water are deposited into cavities in deep rock layers, says DeShon.

With this link in mind, some states have started to take action.

"Oklahoma has made regulatory changes to the amount of wastewater allowed to be put into the subsurface and they have started to see a decrease of seismicity rates," DeShon says.

But we're not out of the woods, yet.

"The earthquakes themselves can perturb the stress on surrounding faults," she says, which can cause more earthquakes down the line.

"Even if the rate of small-magnitude earthquakes has started to decrease," she says, "larger earthquakes can occur and the population should still be prepared to deal with or experience shaking." 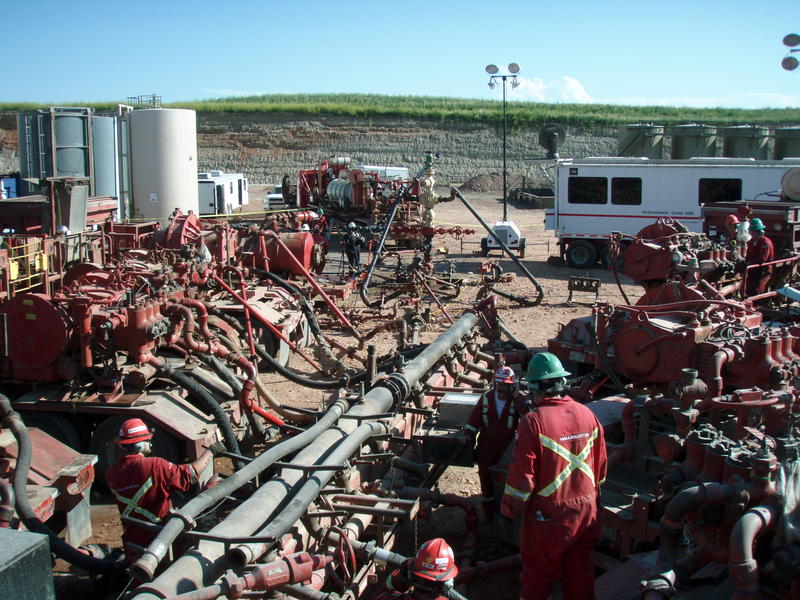 Scientists and the energy industry make a distinction between wastewater injection and hydraulic fracturing, or fracking.

In fracking, high-pressure water is used to fracture rock formations and create space for trapped gas to escape, allowing energy companies to collect and refine it.

Both processes can cause earthquakes, says DeShon, but fracking is not the primary cause in this part of the world.

As for the severity of potential earthquakes, things remain unclear.

"We don't understand how much stress is leftover down there, how much elastic energy ... is left on these faults," she says, so "we don't have a really good understanding of how big the earthquakes can be."

DeShon, who went to middle and high school in Missouri, discussed earthquakes rates with Steve Kraske on a recent episode of KCUR's Up To Date.

"In Missouri, we worry mostly about the New Madrid seismic zone," she says, but "we're not really prepared or trained from the time we're small children to know what to do in an earthquake."

Better preparing people for a shake-up in their area needs to be a priority, though.

"There's just a public education component to the problem," DeShon says. "You need to have people ... take the small steps that can make a big difference during earthquakes."

You can listen to Heather DeShon's entire conversation with Steve Kraske here.

Luke X. Martin is a freelance contributor to KCUR 89.3 and associate producer of 'Up To Date.' Contact him at luke@kcur.org.

Oklahoma continues to see a drop in the frequency of earthquakes in the state, after fracking regulation was put in place to quell the seismic activity.

But, as The Wichita Eagle reports, regulators are working to ensure that the number of earthquakes doesn’t rise again in the Sooner State.

This week Oklahoma regulators released new regulations in hopes of further reducing the frequency of earthquakes in the Sooner State.

As The Oklahoman reports, this "fracking" plan is an expansion of previous responses to earthquakes linked to wastewater disposal wells. Recently the state has seen rapid development in the SCOOP and STACK formations in west central and south central Oklahoma. Almost half of Oklahoma’s 78 drilling rigs are in those two areas.

Fewer Oklahoma quakes in the next few years, study suggests

Oklahoma could be in for a lot less shaking according to a research study that shows earthquake activity slows as wastewater injection is reduced.

Has Oklahoma Solved Its Earthquake Crisis?

Oklahoma’s earthquake rate has declined significantly since late May, reports Ars Technica. And things should be improving even further, according to a new study from Stanford University.

The improvement comes after the Oklahoma Corporation Commission ordered wastewater injections to be reduced earlier this year.

Attorneys in Oklahoma are laying the groundwork for a massive class action lawsuit surrounding the recent profusion of earthquakes in the Sooner State.